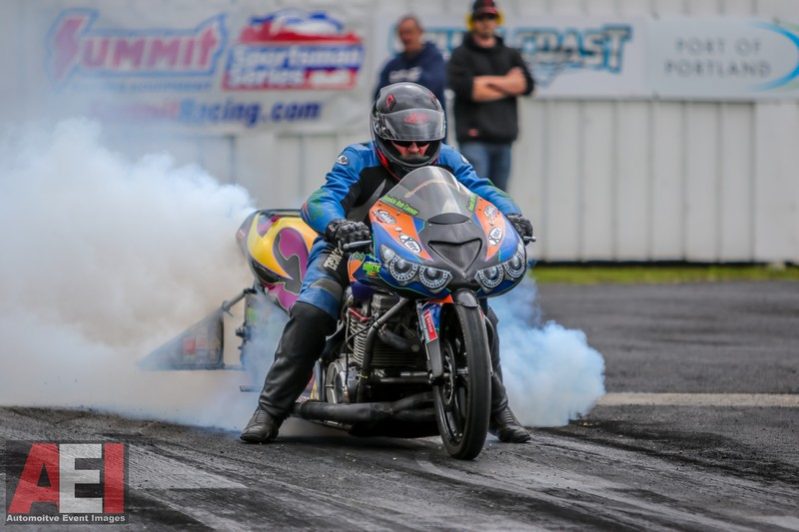 With qualifying now complete for the 2019 South Coast Nationals, the field has been set for racing at Portland’s South Coast Raceway today for what is round six of the 2019/2020 Summit Racing Equipment Sportsman Series.

With wet weather causing havoc for the track crew on Saturday, qualifying was declared after two qualifying sessions for each of the brackets, with the Top Sportsman, SuperComp and Supercharged Outlaws competitors running their final qualifying session this morning ahead of the start of the racing program.

“I am pretty happy so far – during qualifying we did a PB on the 60 and 330 and I was happy with that, I think I broke the track record too!” Cassar said.

“This morning we have just been doing a bit of a service on the bike and if the weather holds off I think we will be right.

“This is a great event and I love coming down here, the club is amazing.

“I always hope to win, but I might have just cursed myself saying that!” he laughed, while thanking his wife and crew, Ballistic Performance, Denso Auto Parts Australia, PowerPlus Racing Fuels, Shinko Tyers Australia, Nolan Helmets Australia, Lectron Carbs Australia and Lucas Oils for their support.