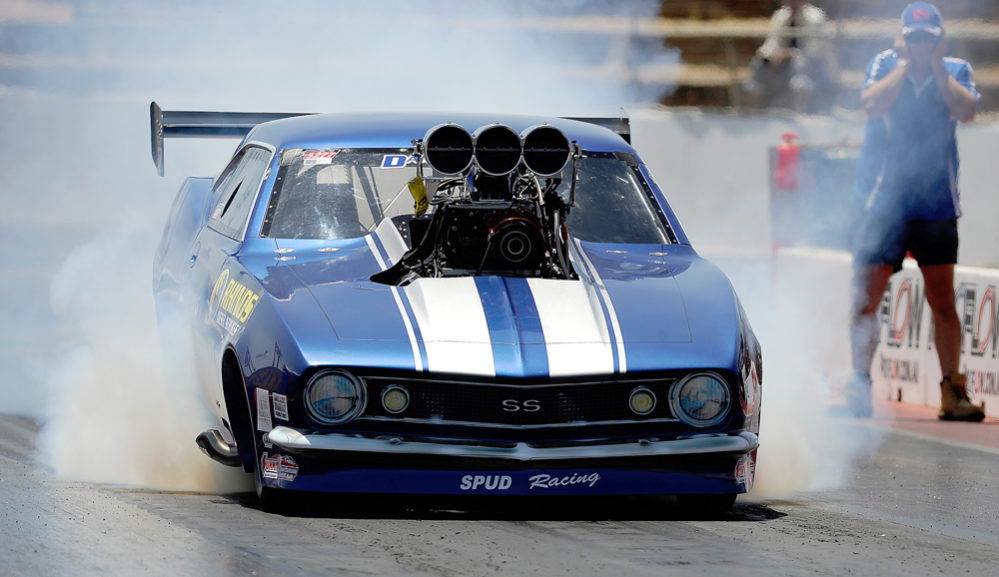 With the South Coast 660 not far away, the excitement meter is moving up for Round 6 of the 2016/17 Summit Racing Equipment Sportsman Series.…

With the South Coast 660 not far away, the excitement meter is moving up for Round 6 of the 2016/17 Summit Racing Equipment Sportsman Series.

When we spoke with Scott Cleary from South Coast Raceway, he was happy with the response so far, especially from interstate racers turning the trip into a drag racing holiday with back-to-back events in Victoria.

“We are moving into two of our biggest events on our 2016/17 calendar”, said Cleary. “We were a little concerned about being a week apart between the Summit round and the Australian Nationals, but the feedback has shown that quite a few of the interstate travellers are making a ‘holiday’ out of it, and attending both events.”

So far the entry list is nearing the 110 mark, which according to Cleary is up on this time 12 months ago.

Looking at the South Coast 660 entry list we have current ANDRA Competition Champion Craig Geddes leading the points, while in Super Stock Kim Fardella is sitting on 190 points and looking for more gold. Supercharged Outlaws are looking strong with four of the Top 5 entered including Justin Russell (pictured), Doina Day, Adam Murrihy and Jason Keily.

In Super Sedan Peter Tzokas comes to Portland with 230 points and will be joined by current champ John Kapiris. Super Street’s Chris Tatchell has 200 in the bank and sitting on top while current ANDRA Modified Bike champ Bryan Finn will be looking to close the gap on points leader Matt Lisle who is sitting on 290 points.

The countdown is on for Round 6 of the Summit Racing Equipment Sportsman Series at the “Best Little Drag Strip in Oz”. Entries close January 15. After that a late entry fee will apply.

Head to www.southcoastraceway.com.au for more info.