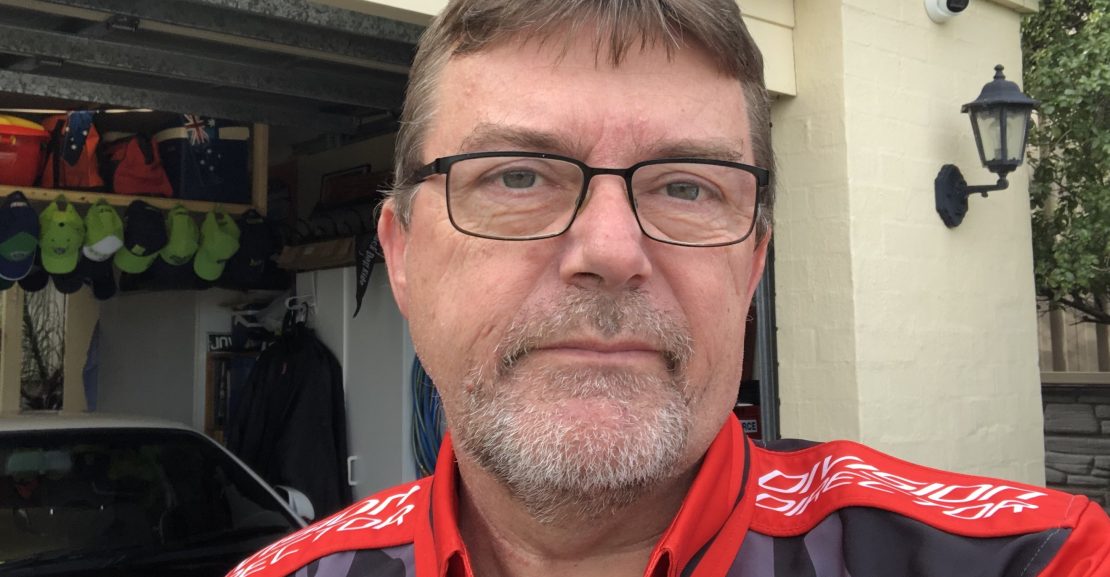 Rob Rath has been the ANDRA Division Director for South Australia since 2018 and has a long history in the sport of drag racing.

“I became involved in drag racing back in ‘Street’ level classes in 1980 in Canberra for a short time and also attended Castlereagh Raceway as a spectator whenever I could,” Rath explains.

“In 1996 I rekindled the interest as a Track Marshall at Adelaide International Raceway when another ANDRA member I worked with, Andy ‘Argo’ Wescombe, asked if I liked motorsports and if I wanted to give a hand with the race meetings.

“During that time, I was introduced to Mark Kuhn and he asked me if I was interested in being a part of his crew.

“Being an integral member of a crew is very satisfying, especially when with everyone doing their job, the wins come. The pinnacle of my time as part of Mark’s crew would have had to be when we travelled to Darwin and won the Super Sedan bracket – all eyes were on the local champion, however our small crew from Stirling North managed to put them on the trailer with a wry smile!

“I crewed with Mark until 2009 when Harry White contacted me and asked ‘if I had had enough of crewing and would become a Steward.’

“In time I progressed to the level of Chief Steward and also obtained a delegate position on the SA Division Council before in 2018 I commenced as the Division Director.”

While he is far from finished yet, Rath has plenty of fond reflections on his time spent so far in our sport.

“As a Track Marshall and Starter I always found the passion of all involved was just great and it was a really friendly environment,” the 56 year old explained.

“Over the years I have had the chance to make some really close friends and I have always enjoyed liaising with everyone at the race meetings.

“As a Steward helping those in need and administering the ANDRA rule book of course brings its challenges, but I find it is all about listening and endeavouring to ensure the rules are applied consistently to all.

“At times you have to show compassion and at others you need to understand that you have a role to do for the sport, but I hope I have been and continue to be successful working with all levels of our sport.”

While he acknowledges there have been tough times, Rath is hopeful for the future.

“Learning and administrating the sport has been not without it challenges, however there is plenty of opportunity to grow the sport again,” he said.

“With the right communication and input from the racing community, I believe this is achievable.

“We all have a role in this sport and we need to work as one – it is all about respecting and harnessing the passion of the racing community and working together with all levels.”