RECORD-SETTING FARRELL LOOKING FOR A CHAMPIONSHIP

RECORD-SETTING FARRELL LOOKING FOR A CHAMPIONSHIP 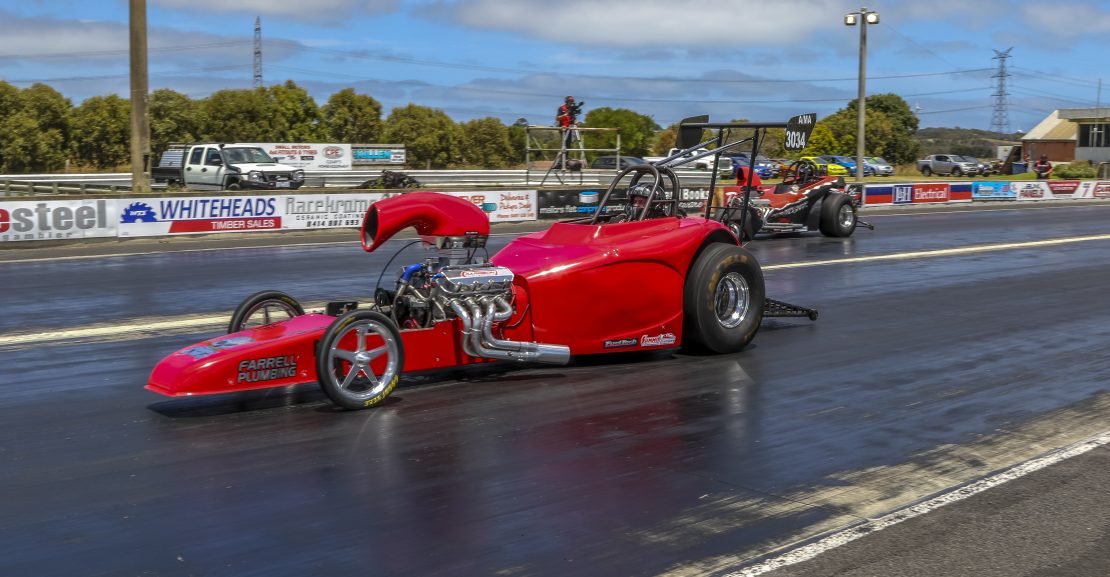 Farrell (A/MA MPH record: 149.50mph) was joined in re-writing the records book at what was round six of the 18/19 Summit Racing Equipment Sportsman Series by Craig Geddes (new B/D ET record: 4.443s) and Rob Cassar (AA/CBN MPH record: 142.11mph). For a full listing of the records, please click here.

“The weekend was awesome, we were on fire – from day one the car was spot on and the weather was really perfect for what we were doing with good horsepower in the air which Portland is known for,” Farrell said.

“I wasn’t going out to set the record, it just came about and someone said afterwards that it was a pretty quick run so they looked it up and we got it by around 2.5 miles per hour!

“I have the quarter-mile record as well, I set that up in Darwin at the first round of this season – it is a good feeling to have both.”

As well as taking out the record, Farrell also took home the runner-up plaque at the end of the weekend.

“We raced all the way through to the final against Craig Baker and I missed out on the win when I red-lighted by five thousandths of a second! The car ran a real number too, it was so close, so I only would have had to cut a 0.15s light and I could have won but you know what, that is racing!” Farrell laughed.

“We are doing all of the rounds this season so we are looking forward now to the next round in Mildura and then the final two rounds in Perth. I am on 290 points at the moment so only need 10 more points to be on the 300 maximum points cap so we will be doing all we can to get that locked away at the next round,” Farrell explained.

“I came very close a few years back and we are in for a crack at it again this year, so the championship is definitely on my mind as we get towards the pointy end of the season.

“In the meantime I just want to say that it is great to have ANDRA and Summit Racing Equipment supporting the regional tracks and to see so many racers turning up like the great field we had at Portland at the weekend. Hopefully we will have another good field at Mildura next month!”