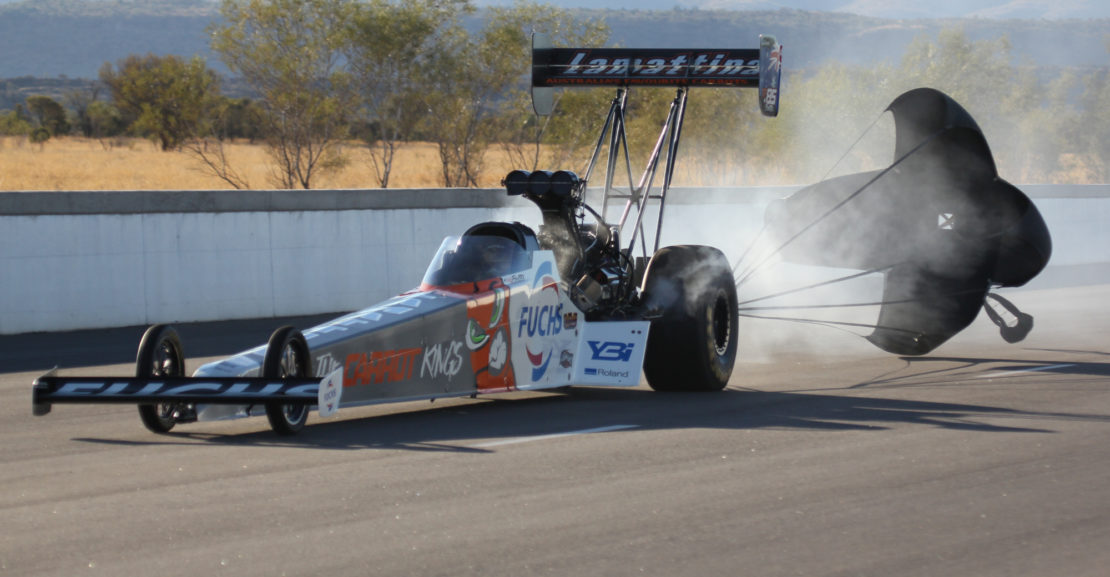 There was no doubt that the 2017 Shannons Desert Nationals track records would take a beating. With Kelly Bettes (above) driving the Lamattina Top Fuel Racing dragster, and 10 x ANDRA Top Doorslammer Champion in the pits, the fans were in for a treat.…

There was no doubt that the 2017 Shannons Desert Nationals track records would take a beating. With Kelly Bettes (above) driving the Lamattina Top Fuel Racing dragster, and 10 x ANDRA Top Doorslammer Champion in the pits, the fans were in for a treat.

A good size crowd turned up to witness Day 1 under blue skies and warm sunshine. For round 2 of the Summit Racing Equipment Sportsman Series, the racers had plenty of opportunities to dial-in their cars or bikes with four qualifying sessions allocated, making many of the interstate travellers very happy. Sunday’s schedule see’s a fifth and final session, giving the racers the chance to get some data from possibly different weather conditions.

Additional happy times also came from the fact that this year’s Desert Nationals would be run over the quarter mile for all classes.

Modified Bike again had the biggest entry list and saw Danny Rickard lead the pack from the get go. His South Australia based Harley Destroyer went 8.85 in the first session and then 8.80.

In Super Street, Robyn Phillis nailed the number one position with a 10.45 ET from the first session. 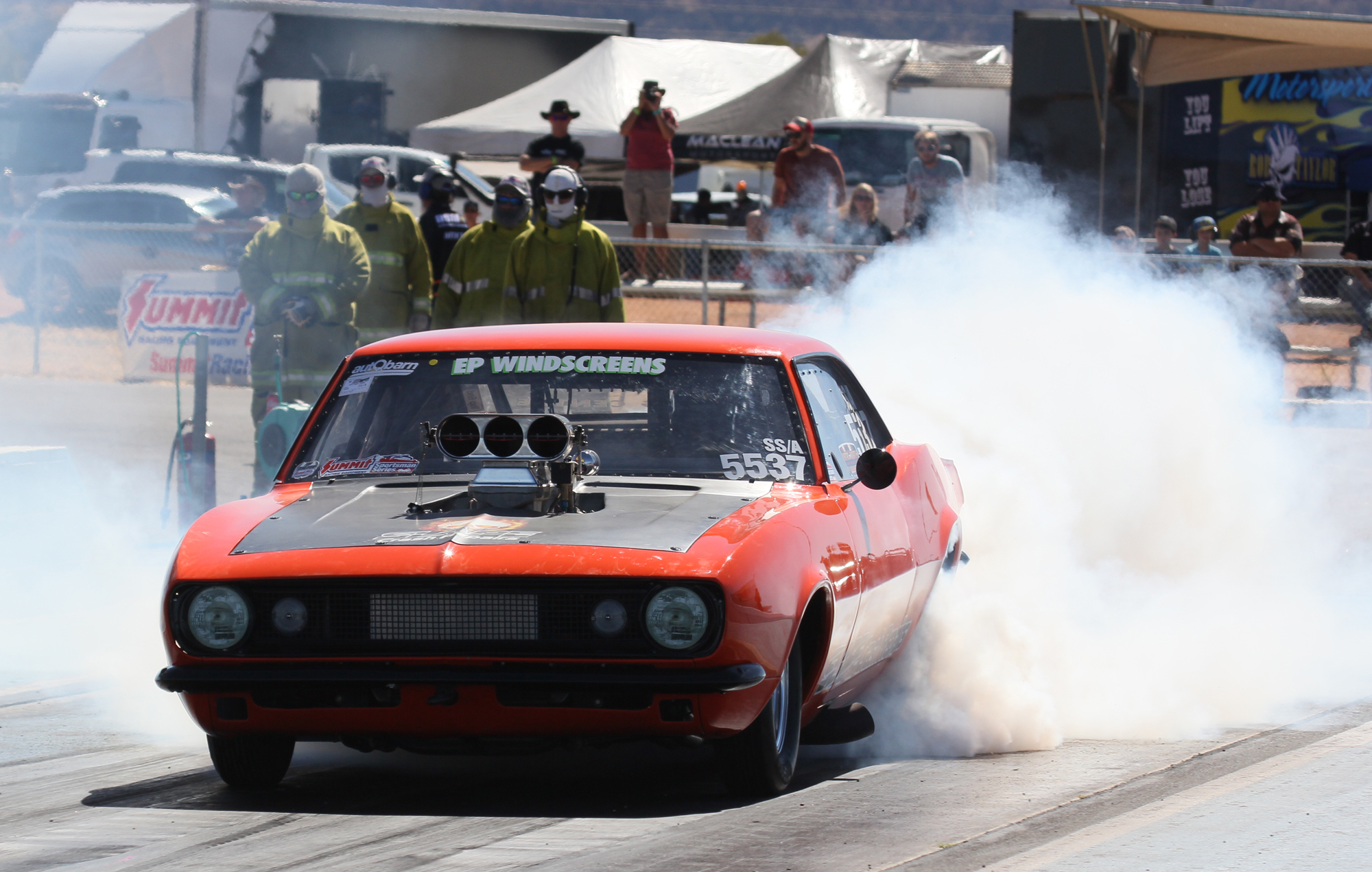 South Australian Super Sedan racer Leon Davis (above) pushed his crowd pleasing Chev Camaro to the top of the list with an 8.67 ET.

In Modified Eliminator, Victorian Wayne Talbot was tuned up to break both ends of the AA/MA at the Desert Nationals. The current ANDRA record stands at 6.375 at 219.22 held by Musgrave & Hinchelwood since 2014!

On his first pass, Talbot (above) stopped the clocks in 6.46 seconds at 157 mph to test the track. He then returned with his “Forever Young” Plymouth Cuda Funny Car and recorded a 6.25 ET at 235.91 mph. In session three Talbot slightly went quicker with a 6.241 ET at 230.51 mph. All he needs to do tomorrow is duplicate another fast run in eliminations and the record is his!

Another popular class with the Alice Springs crowd was Supercharged Outlaws. The AM Motorsports Altered of Adam Murrihy grabbed the number one spot after the first session with a 6.88 ET in his Altered. By the fourth session, Murrihy improved with a 6.72 ET at 202 mph.

In Top Sportsman, it was the supercharged Ford of WA’s Jeff Lewis who led the field from the start with a 6.79 ET at 208 mph. Amanda Martin, also from WA, was in second place with a 7.95 ET. Nitro Up North winner Jason Arbery rounded out the field in fifth with an 8.48 ET.

The Desert Nationals also featured a classy Top Doorslammer field headed by ANDRA Champ John Zappia (above). Despite the fact that no one was racing for points, the fans still got to see the king take his Fuchs Holden Monaro to a stunning 5.797 ET at 249.74 mph for a new track record. Zap’s earlier run was a 5.97 at 247.66 mph.

The Alice Springs crowd sure love John Zappia and let him know on the return road, however they were also ready to witness history at the track with the first appearance of a Top Fuel dragster.

Fresh off their appearance at Nitro Up North the week earlier, Kelly Bettes and the Lamattina Top Fuel team were ready to set some records in Alice. They made the final run of the day and the crowd stayed to the very end to witness history with a 5.527 ET at only 182 mph after spinning the tyres.

Tomorrow is race day at the Desert Nationals and with two passes scheduled from the Lamattina Top Fuel Dragster, we are expecting the brains trust to lower the record even further.