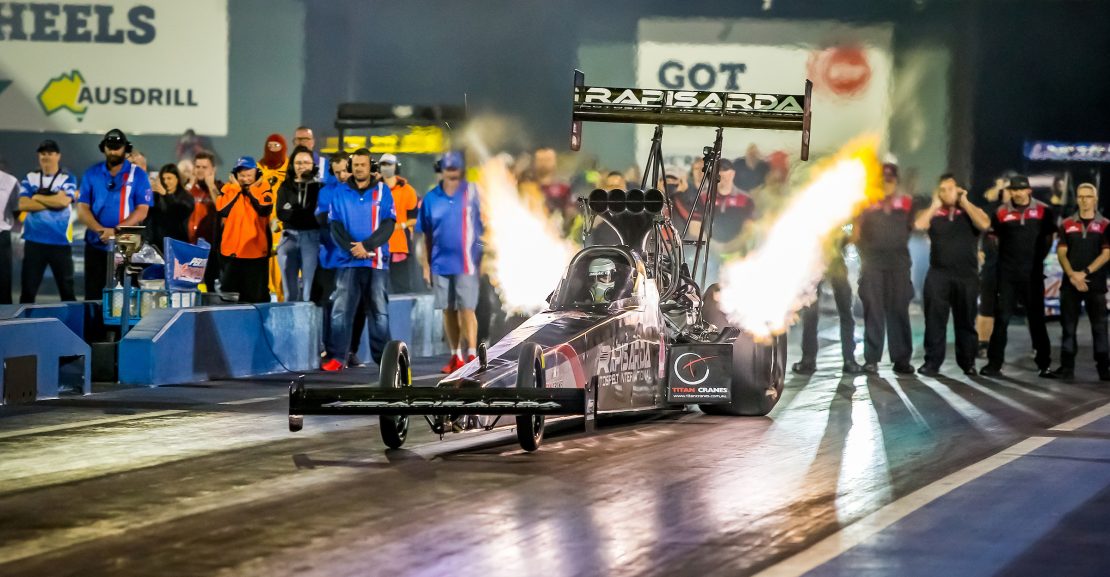 At the recent EGT ANDRA Grand Finals event at the Perth Motorplex, which marked round three of the Burson Auto Parts Top Fuel Australia Championship – Damien Harris raced through not only for the event victory, but also new ANDRA ET and Speed records over the 1000ft distance.

The Rapisarda Autosport International driver was one of five racers who were responsible for eight new national records at the April 8-9 event, with the full list of new records as follows:

To see the updated 1000ft and 1320ft records following the EGT ANDRA Grand Finals, go to the ‘Series’ tab of the www.andra.com.au

“It was great to be back racing at the Motorplex and to be racing with ANDRA. On top of the race win, the ANDRA records were an added bonus. It will be nice to hang the certificates besides the trophy,” Rapisarda said.

While not specifically hunting new records and instead concentrating on an all-important event victory, the conditions proved just right for a record-breaking performance.

“The ANDRA records were definitely not on our mind for the weekend, we were just focused on trying to win each round,” Rapisarda said.

“However, the atmospheric conditions and track surface at the Motorplex allowed us to make some stellar runs and put a show on for the fans.”

It was the first time in six years that the Perth Motorplex had hosted a championship round of Top Fuel.

“After six years it was nice to come back. It is a long way for the equipment to travel but we really enjoy the atmosphere of racing at the Motorplex – the facility and racing surface is great, it is Damien’s home race, and we seem to have really good results when we race there.

“The fans are just great too, it is awesome to be able to race in front of a large and appreciative crowd. Hopefully the Top Fuel Championship can come back sooner rather than later.”

Harris’ victory and new records weren’t the only achievements for the RAI team in Perth either.

“Overall, the Perth event was excellent for RAI. Newby dominated qualifying with a pair of 3.81 runs and we strung a couple of 3.80 flats together with Damien’s car to help take the win on Saturday,” Rapisarda said.

“We had our challenges, but the whole RAI team did an outstanding job over the weekend.”