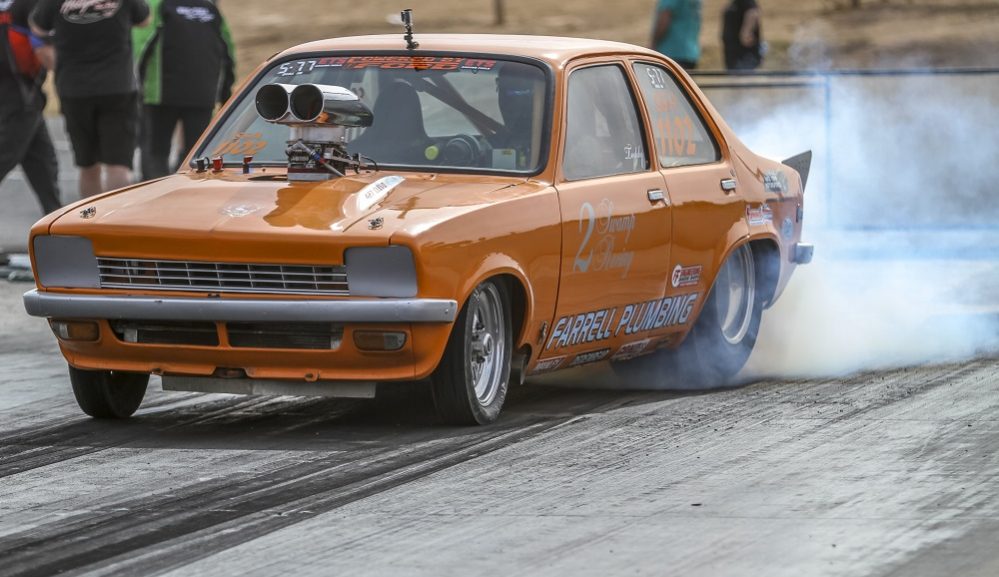 Dave Todd will head to South Coast Raceway’s South Coast 660 – round six of the 18/19 Summit Racing Equipment Sportsman Series – this weekend buoyed by recent victory at the Portland (Victoria) venue.

The local racer took out the win at the track’s Chicago Shootout Event in December and is also currently second on the Super Sedan points standings for the bracket in the 18/19 Summit Racing Equipment Sportsman Series rankings.

“Any time you take a win it is fantastic but it was even better to take it out in front of my local crowd who can’t travel with us,” said Todd, who races a 1978 four-door full-chassis Gemini with a 427 Ford Cleveland engine, power-glide transmission and Ford 9-inch 454 gears.

“It was fantastic to put a great day together and after coming runner-up at the last Chicago Shootout event to Jason Arbery, it was brilliant to go one better!”

In the 18/19 Summit Racing Equipment Sportsman Series, Todd’s consistency has seen him lock out the second rung of the points rankings and he has also kept busy with plenty of other racing at Swan Hill Raceway and his home track of South Coast Raceway.

“I started the Summit Racing Equipment Sportsman Series season at Hidden Valley after getting out at the first round the season before it was great to make the final, even if I did red light against Peter Tzokas!” Todd explained.

“We then went on to Alice Springs but unfortunately went .007 red in the first round. Next up was Mildura’s Sunset Strip Nationals where my mate Peter beat me again.

“I really hope that we can chalk up another win at home at the South Coast 660, but with the best racers around following the Summit Racing Equipment Sportsman Series we will have our work cut out for us. In saying that, if we can run similar numbers to what we ran at the Chicago Shootout, I think it will come down to me and the tree, and maybe a little bit of luck!

“We are planning on going to the rest of the Summit Racing Equipment Sportsman Series rounds as well and we will see what we can do championship-wise – Peter is the reigning champion for a reason and he is at the top of his game again this year, but if I can finish the season well and stay in touch with the points it could make for a great final with a few crews only a few points behind me!”

With South Coast Raceway being his home track, it is no surprise to hear that the 50 year old farmer is a big fan of the Victorian venue.

“I am a bit biased, but I love the track. I have been racing there for about ten years now with my fair share of success, admittedly mostly in my previous car, a TF Cortina,” Todd said.

“The South Coast 660 event is shaping up to be great, it is really good to see so many cars turning up to a little club like what we have at Portland and the track staff and all of the volunteers do an incredible job.

“I have to send a special shout-out to all of my drag racing family, we spend a bit of time together at tracks and on the road and we have a lot of fun. I would also like to thank all of the great crew members I have had over the years as well as Wayne at Racecomp Motorsports and Simon at ETS Race Fuels for their support.”