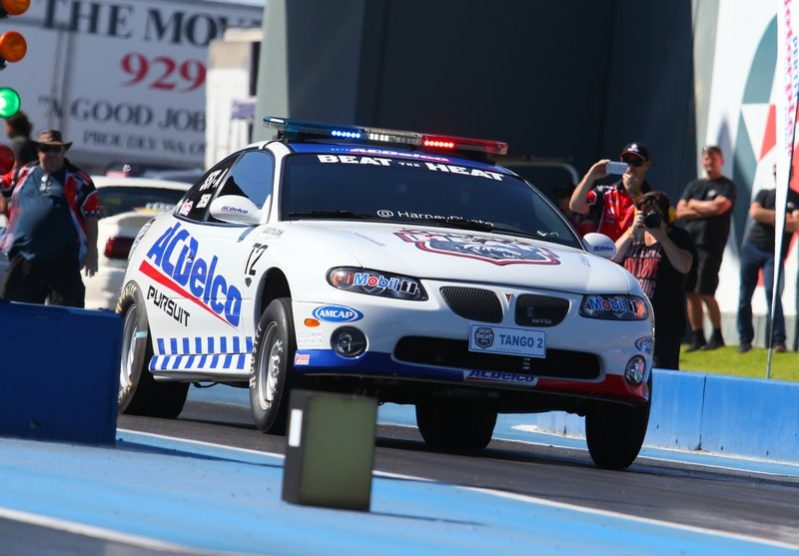 Qualifying for the 48th Westernationals is officially complete with racing now underway at the Perth Motorplex.

For local police officer Watson, the top qualifier result in the Super Street bracket highlights a recent turnaround in fortunes for his AC-Delco Beat The Heat WA Holden Pontiac GTO.

“We are very happy with the top qualifying result. The car has run a couple of ten-flat second passes so we kind of knew that there was a possibility the car would run a nine second pass and in the first qualifier yesterday we ran 9.98 seconds. We added some weight to the car and managed to run a 10.06 second in the second run which was the pass that gave us the top qualifier spot,” the Mayland resident said.

“We are extremely happy with the car. We have had some issues for around the last 18 months but we have garnered some expert advice around the suspension in the rear end and have gained a tenth of a second in the sixty foot – it has just come on in leaps and bounds since we made those changes, essentially across the last two meetings.

“My thanks goes to our sponsors Holden and AC Delco, Beat the Heat WA team boss Mike Pearson, the Motorplex and all of its staff and volunteers for putting on the event so we can do what we do, and Johnny Szabo who helped us with the rear end of the car.”

Racing is now underway for the Westernationals, which marks the penultimate round of the 18/19 Summit Racing Equipment Sportsman Series as well as the West Coast Challenge for the Top Doorslammer and Top Fuel Motorcycle competitors.

All of today and tonight’s action is being streamed live and free through the ANDRA Facebook page at www.facebook.com/ANDRADragRacing/live

For event results as the event unfolds, visit www.motorplex.com.au/drag-results/