Pro debuts pass the test ahead of Fuchs Winternationals

Pro debuts pass the test ahead of Fuchs Winternationals 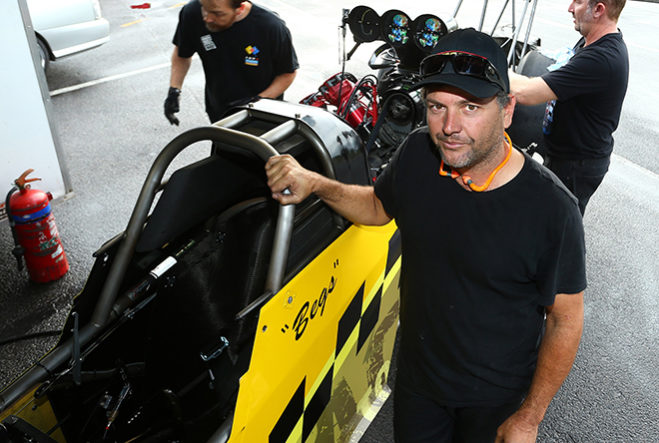 After successfully completing their licensing requirements at the weekend’s Winters Warm-Up, West Australia’s Anthony Begley and Queensland’s Peter Zelow are ready to make their debut in the Top Fuel and Top Alcohol categories respectively at this week’s Fuchs Winternationals. …

After successfully completing their licensing requirements at the weekend’s Winters Warm-Up, West Australia’s Anthony Begley and Queensland’s Peter Zelow are ready to make their debut in the Top Fuel and Top Alcohol categories respectively at this week’s Fuchs Winternationals.

Kicking off tomorrow and running through until Sunday 8 June, the Fuchs Winternationals is the largest championship drag racing event held outside of the USA with special multi-day discounted passes still available for online purchase until midday tomorrow (Thursday 4 June 2014) only. After that point, tickets will be available at the gate.

A long-time drag racer who has competed in Top Alcohol, Top Doorslammer, Nitro Funny Car and in the Outlaw Nitro Funny Car Series, Begley only had to complete two full passes over 250 miles per hour (402 km/h) at the official event test weekend to be ready to make his debut in the Top Fuel bracket.

“I have raced in Top Alcohol, Top Doorslammer, Nitro Funny Car and the Outlaw Nitro Funny Car Series and now Top Fuel – I guess you could say I get around!” said the 42 year old Banjup (WA) resident who is supported by Rad Shock Repairs, Lockyer Engine Reconditioning and 89’s – The Garage Door Specialists.

“The big thing was getting that first pass down the Willowbank Raceway drag strip in the Top Fuel car and to secure those two passes we needed to officially be licensed for the Top Fuel bracket.

“Now that our licensing requirements are out of the way, all of our attention turns to the Fuchs Winternationals – what an event to enjoy our Top Fuel debut.

“Hopefully we can go out there and be competitive, I really like the heads-up ‘pro’ style of racing. Everyone pushes their cars and their parts to the absolute limit of their ability and I think that makes for some great racing.”

For Zelows Managing Director Peter Zelow, the successful licensing is a great achievement after the long-time sportsman competitor took ownership of his Top Alcohol dragster only weeks ago.

“We only took delivery of the Top Alcohol dragster on the 8th of May and it has been all hands on deck preparing for the Fuchs Winternationals,” said the 2010/2011 Willowbank Raceway Track Champion (Competition) who is sponsored by Zelows Travel Goods and Handbags and David Mullins Automotive.

“The Winters Warm-Up was a great opportunity for us to get on track and really come to grips with the car, and we are absolutely ecstatic to have been able to successfully license in time to make our debut in the Top Alcohol bracket at my home track and at the biggest event on the calendar.

“Bring on the Fuchs Winternationals!” 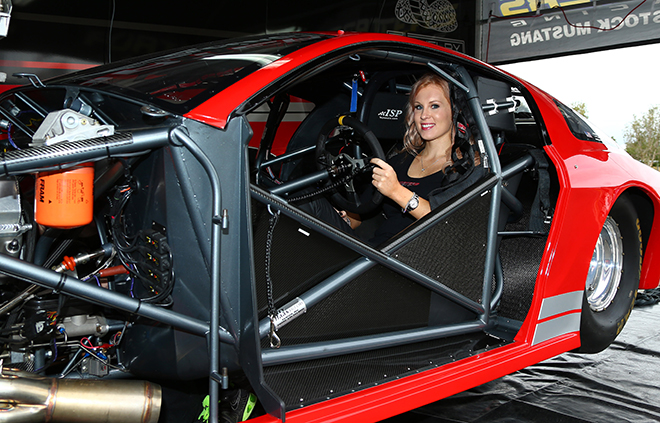 Also set to make her debut in the Australian professional ranks is American racer Grace Howell, with the 28 year old set to become the second woman to compete in the Pro Stock category in Australia at the Fuchs Winternationals.

After completing her licensing last month, Howell will be at the wheel of her partner Scott Porter’s Porters Racing Mustang.

The Fuchs Winternationals will be held across the Queen’s Birthday long weekend (Thursday 5 June to Sunday 8 June 2014), with more than 400 racers from all across the country and New Zealand to compete in front of approximately 30,000 spectators across the four days.