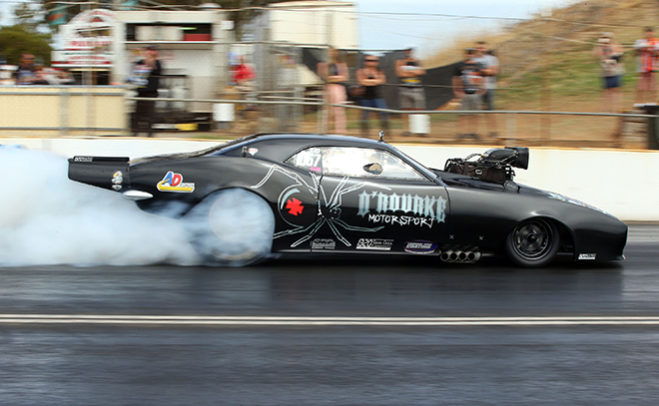 New South Wales’ Fire and Rescue heroes will be well represented at the Nitro Champs, with an officially endorsed dragster and its owner/driver Simon Van Ballekom set to be a part of O’Rourke Motorsports event campaign this weekend at Sydney Dragway.…

New South Wales’ Fire and Rescue heroes will be well represented at the Nitro Champs, with an officially endorsed dragster and its owner/driver Simon Van Ballekom set to be a part of O’Rourke Motorsports event campaign this weekend at Sydney Dragway.

Ballekom and his dragster will be part of the OMS Motorsport pit set-up at this weekend’s Nitro Champs, as the Australian Army Corporal continues to work towards his return to racing nine months after a life-changing car accident left him with a calling to promote the efforts of NSW’s Fire and Rescue heroes. 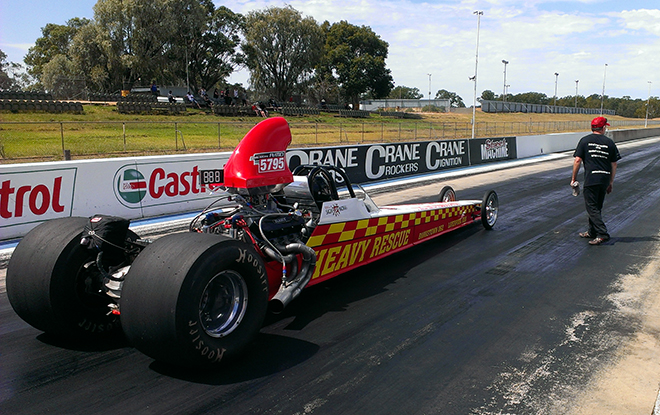 On the 18th of August last year, five NSW Fire and Rescue crews, six ambulances and an Air Ambulance crew worked tirelessly for more than an hour and a half to free Van Ballekom from his car after a head-on collision when another driver crossed four lanes of traffic and a concrete median strip in wet weather to be travelling the wrong way without headlights.

“The painstaking efforts of the rescue crew and the ambulance officers on-site at the crash site in extremely difficult conditions is why I am here today,” said Van Ballekom.

“As soon as I was awake and coherent following both road-side surgery and significant surgery and a week in a coma in Liverpool Hospital, the first thing I thought of was thanking those who rescued me.

“The next thing I thought of was my hobby of drag racing, and so I contacted Fire and Rescue NSW and was approved to run their colours on my dragster with the intention of not only spreading the word about their vitally important services on the drag strip, but also for my story to be used within a school-based education program aimed at reducing the occurrence of such tragic circumstances.”

The accident came after Van Ballekom had just one chance to race a dragster he brought in from Canada while he waited for Swarf King Engineering to build him a Supercharged Outlaws racer – a machine which is now awaiting his return to racing.

“I received medical clearance to return to driving just last week, so I can’t wait to get back behind the wheel. I think taking part in OMS’ Nitro Champs campaign is just the thing to whet the appetite,” said Van Ballekom.

The Nitro Champs will hit Sydney Dragway across Saturday 2 May and Sunday 3 May, with O’Rourke Motorsport to be represented in the Top Doorslammer category by Grant O’Rourke. For more information on O’Rourke Motorsport, go to www.orourkemotorsport.com.au