At the recent ANDRA Grand Finals, Steve Norman not only took out the SuperComp victory for the final round of the 17/18 Summit Racing Equipment Sportsman Series, but also the Crow Cams Best Engineered Award. The recognition of Norman’s D/GA BMW M3 Coupe comes at the end of the car’s debut season…

At the recent ANDRA Grand Finals, Steve Norman not only took out the SuperComp victory for the final round of the 17/18 Summit Racing Equipment Sportsman Series, but also the Crow Cams Best Engineered Award.

“Without meaning to sound arrogant, I was always pretty confident that somewhere along the line the car would pick up the Crow Cams Best Engineered Award,” Norman said.

“The reason for that believe was that Reg Lee and his sons Ryan and Bryce have just done such an absolutely unreal job of building the car.

“It is 100 percent Australian built, and the guys have done such a great job of it with the help of John Lang of Pro9 who did all of the chassis work and Peter Ridgeway who has helped with some of the engine development. The paintwork is absolutely ‘show quality’ as well, and that is all down to Bryce who did all of the paintwork on the car.

“I have owned a couple of Don Ness cars from the US before and he was always reputed to be one of the best in the world when he was building them, and in my opinion what Reg and his boys have done with my car is just as good as what I had with those two Don Ness cars.

“Without being blasé about it, we always hoped we would pick up the Crow Cams Best Engineered Award along the way somewhere, mainly due to the effort that the boys put into it through the four to five years of planning all the way through to the tricky process of building it – a lot of work is needed to put together these ‘three-quarter’ type cars, I can tell you that.

“Being a BMW it is a bit of an odd-ball kind of car to run as well some think, but it was something Reg and I always wanted to do after seeing someone using a BMW as a tow car in Perth five or six years ago.

“The car has a really interesting back story actually – I bought it from a salvage yard in the States; it had been awarded to a husband in a divorce settlement, but the wife had a set of keys so she went around and pinched it before driving it into a creek!

“It has come a long way since then, and I am really proud of what we have been able to achieve so far.”

Norman says the Crow Cams Best Engineered Award was the icing on the cake of a weekend that saw him take victory in the SuperComp bracket, dispatching not one but two Australian Champions along the way.

“I had (SuperStock Champion) Jim Ioannidis in the second round, and I knew he would be a tough one to beat. He had his title stitched up by then so that would have been a big worry off his shoulders, but by no means was it a soft race against him. We both had pretty awful lights, I was just lucky enough to get around him and the same goes for when I faced Craig (Geddes, Competition Champion) in the final,” Norman explained.

“I knew we would have our hands full with Craig and I was just really lucky to get him on the tree and keep running all the way through.

“In hindsight, going back to the eighth mile distance was also lucky for us, as we hadn’t hurt our eighth mile index and record whereas the other guys had as they had run at the Portland event when we didn’t.

“It was a really good race in the final, and I knew it would be really tight as his dragster really comes after you to the finish line, but we were lucky to get through for the victory and the Crow Cams Best Engineered Award was the perfect icing on the cake.”

By taking the event win, Norman secured a top five result in the Super Stock championship despite only racing three events in the season.

“We went and started this season with what was a brand-new car that had only ever run at one test and tune event,” Norman said.

“We did get very promising results at that test and tune during our familiarisation and licensing passes – running under the eighth-mile record on our eighth-mile pass and then under the quarter-mile record when we went to that distance as well. We knew at that point that we were onto a good thing.

“We went to Mildura then for our first meeting and the weather there was worse than what we had at the Grand Final event if you can believe it, and I red-lighted in the first round.

“The Spring Nationals were up next, and we were able to go all the way to the final there at what was only the second meeting we had taken the car to, so that was very promising.

“Then we went to the Grand Final and took the event win! So essentially, from three outings this season we had a first round lose where the problem was the guy behind the steering wheel, a runner-up result and then a win – and I reckon if I had played the game a bit smarter at the Spring Nationals we could have won that one as well.

“We were in testing mode at that stage though and never expecting to go as far as we did, so I had eaten up all my index and reset the record at that event, which would have hurt us at the Grand Final too if it hadn’t been for the reset to the eighth-mile distance there.”

With such a successful beginning to his new car’s racing career, Norman has big plans for the 2018/2019 Summit Racing Equipment Sportsman Series.

“We will be running pretty much everywhere we can this year,” Norman said.

“I saw that Craig Geddes said in a story recently that he is thinking he is going to try and take out the Super Stock championship, but I can tell you that isn’t going to happen, because we are!” he laughed.

“In the meantime, I have to thank all those who have helped me along the way, including Pro9, Peter Ridgeway, Sam of SA Race Transmissions and especially my crew – Reg, Ryan and Hayley – as well as my wife Lynn for all of her support and tolerance!” 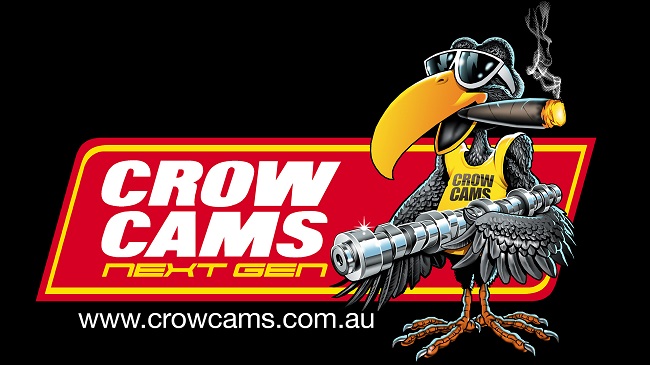