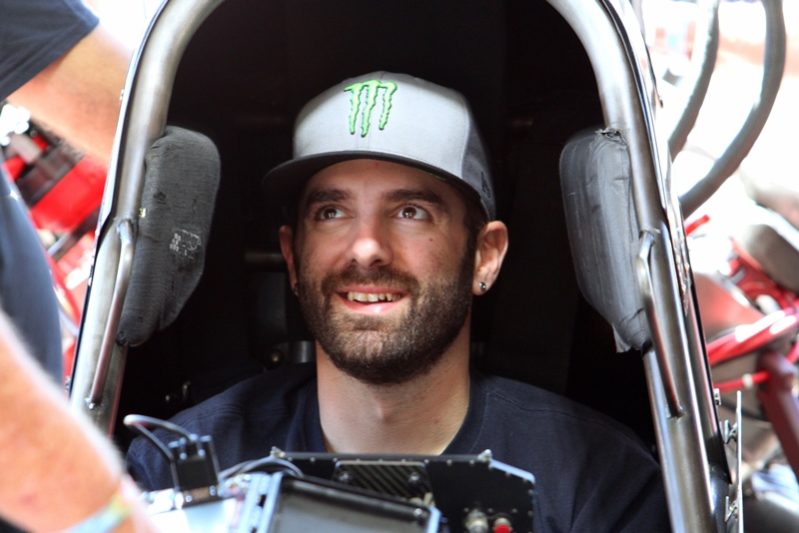 If you thought it was hot at the 2017 ANDRA Australian Nationals on Saturday, then Sunday’s Group 1 action sizzled!…

If you thought it was hot at the 2017 ANDRA Australian Nationals on Saturday, then Sunday's Group 1 action sizzled!

Following Saturday’s single qualifying session, Top Fuel stepped up a notch on Sunday with two on-track appearances for the crowd.

Straight after Reece Mastin belted out the National Anthem we heard the tunes of two 8000 horsepower Top Fuel engines come to life. This was the seeding round to establish who would go into the A and B finals later on.

First pairing out saw Darren Morgan take on Damien Harris. The AEG dragster stopped the clocks in 4.19 seconds while the Louie Rapisarda tribute fueller was quicker with a 4.18 ET. Who won? That was decided by a .099 reaction from Morgan to a .117 from Harris.

The second pairing saw Rapisarda Autosport International team mates American Dom Lagana face Wayne Newby. On the green Lagana was out first with a .096 reaction and took the win with a 4.08 ET at 282 mph to a 4.23 from Newbs.

The A-Final was between Morgan and Lagana in a great USA vs Australia battle. On the green the Rapisarda Autosport International dragster was out first and took the win with bracket like performance clocking a 4.084 to a 4.24 at 275 from Morgan’s AEG entry. 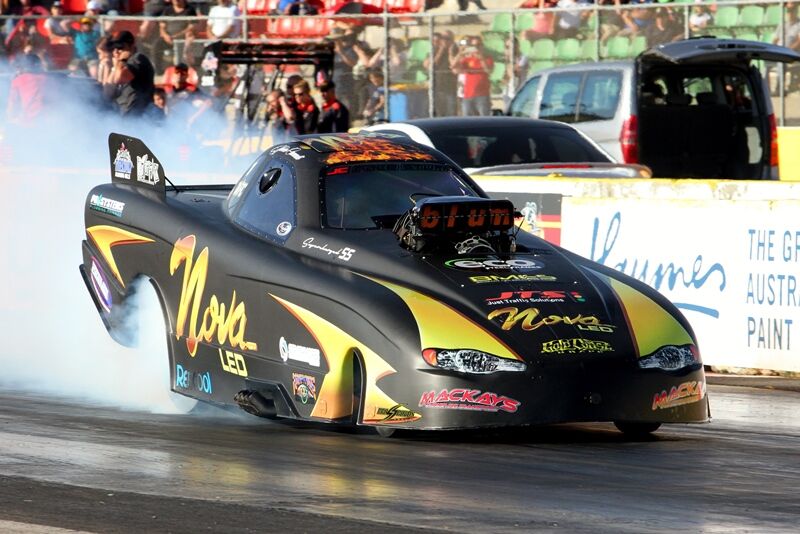 It was a new race car built in a week by the team and friends that propelled Queensland’s John Cannuli into the winners’ circle. The current ANDRA Top Alcohol champ went 5.76 in the first qualifying session, however improved with a 4.82 at 210 mph in the final qualifier.

The first round saw Brian Lockman ’32 Bantam Altered defeat Craig Russo in a 5.55 to a 5.79 decider. Jason Maggs in the Speedflow dragster then defeated the nostalgic Plymouth Funny Car in a 5.43 to a 5.57 race. Closing out the round Cannuli took a 5.09 win over Cameron Ambesi’s dragster.

Round two saw Cannuli pick up the bye and clicked off a 5.07 at 202 mph while Lockman defeated Maggs to move into the final. Lockman knew he had to go hard on the tree against Cannuli but his -.038 reaction saw red handing Cannuli the automatic victory at the Australian Nationals for the second time, stopping the clocks with a Low ET 4.801 and Top Speed of 229.90 mph in the Nova Led Funny Car. 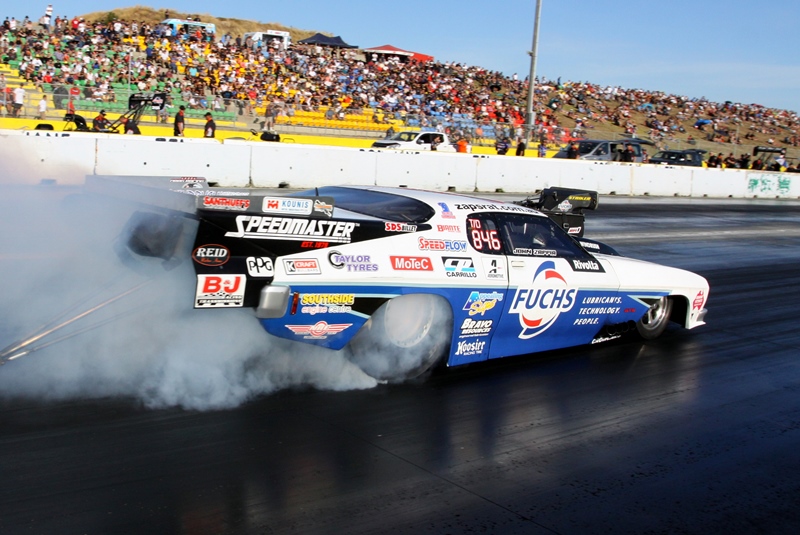 Doorslammer king John Zappia was in dominating form-leading all three qualifying sessions. In the first round we had a match up between the two legends of Doorslammer racing, Zappia verses Victor Bray. It was great to see Team Bray back at Calder for the Nationals in their new Gulf Western Oil livery and the crowd certainly flocked to their pit area over the weekend. On the green Bray Snr was out the gate first but Zappia’s Fuchs Monaro took the win with a 4.89 ET to a 5.40 from the 57’ Chev.

Ben Bray defeated Sam Fenech with a 5.09 ET in the Gulf Western Oil Corvette and Paul Cannuli went 5.07 for a win over Mark Belleri in the AC Delco Holden Monaro.

For the semi finals Zappia picks up the bye and runs 4.91 seconds at 223.69 mph. Ben Bray drops a holeshot on Paul Cannuli but his 5.34 fell short to a 5.16 from the PC Cranes Plymouth Duster.

Into the final Zappia pushed his Noonan-powered Monaro hard after Paul Cannuli grabbed a holeshot at the tree. At the stripe it was Zappia taking Nationals victory for the second time with a 4.90 at 225 mph pass against a 5.11 from Cannuli.

It was a small field in Pro Stock but when you have Lee Bektash in the house you know it’s going to be BIG. The Mopar Dodge Avenger was the leader of the pack with a 5.98 qualifier. His speed of 177 mph was over the 1000ft minimum of 175 mph. Chris Soldatos filled second place in his beautiful Pontiac GTO in 6.01 seconds while the two Ford Escort entries of Bill Perdikaris and “Smokin’ Joe” Polito rounded out the field.

In the first round Bektash put away Perdikaris with a 6.00 at 174. The second pairing saw Polito go .086 against a .364 from Soldatos, but  as he neared the finish line his Escort started moving around from side-to-side to the point that Polito went up and over, tagging the left hand wall and also the back of Soldatos’ GTO. Thankfully Polito was okay and actually won the race, however he wasn’t coming back for the final. Bektash took the solo victory in 5.95 seconds at 175.69 mph and reset the 1000ft speed record. 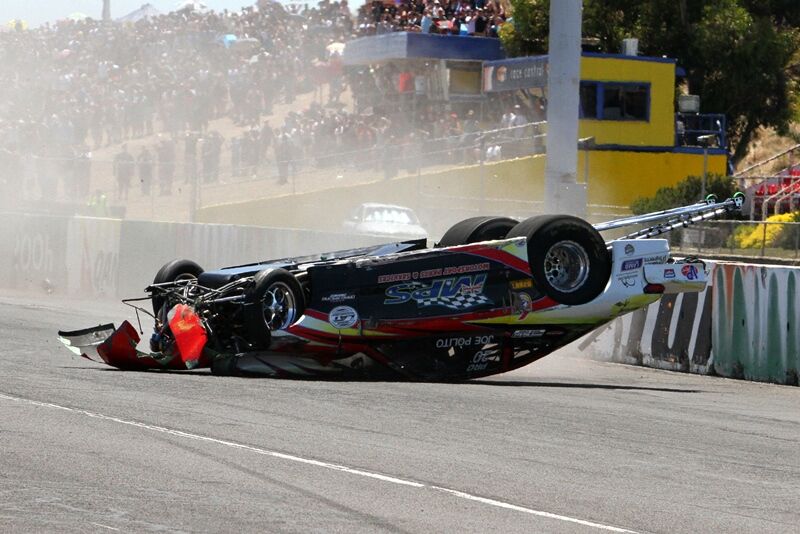