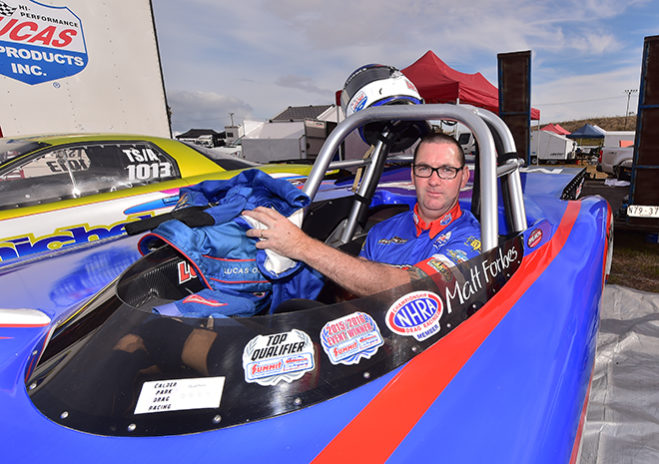 The prestigious award is presented to the Sportsman racer who amasses the most total points accrued over the entire Summit Racing Equipment Sportsman Series. 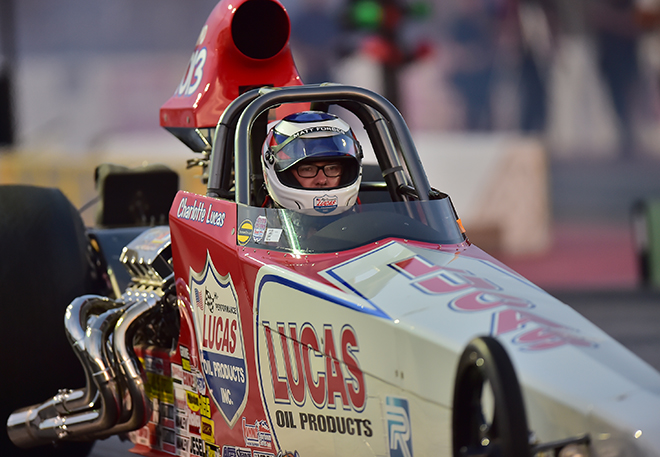 Craig Geddes who previously won the award in 2014 finished second on 630 points following a dominant season in Competition Eliminator.

Third place went to John Kapiris on 510 points in a year he secured his fourth Super Sedan Championship in a row.

“One of our proudest accomplishments was scoring over 1000 ANDRA Championship points for the season,” said Forbes. 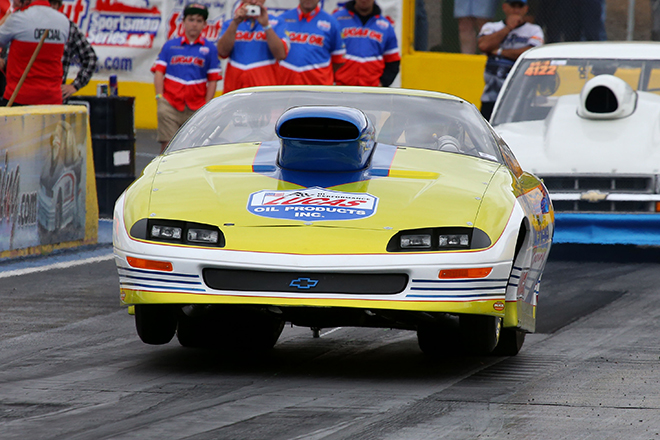 “To achieve this meant winning lots of rounds of racing in all cars!

“To race in three brackets requires excellent preparation and mental strength. Full tree, pro tree, fixed index, DYO, door car, dragster and roadster. We have a lot of fun and have some more changes and challenges – as if we need more (laughs) – coming for the new season!

“My team of marketing partners are incredible… we cannot keep the big wheels rolling without their dedication to our program. They really do love it as much as we love having them as part of our team. 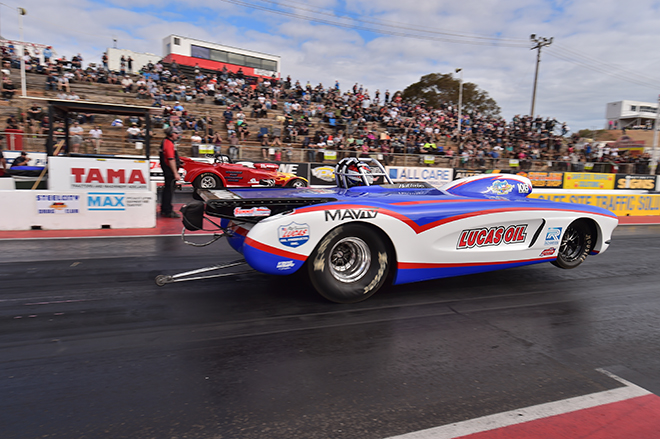 The 2015/2016 Professional Racers Cup, awarded to the most successful ANDRA Division Group One categories contested at the Australian Nationals, was once again swept up by the South Queensland Division followed closely by Victoria/Tasmania in the runner up spot.

The ANDRA Shield, recognising the most successful ANDRA Division in Groups Two, Three and Four at the Australian Nationals, was won by the Victoria/Tasmania Division followed by South Australia in a distant second placing.