MAHONEY IS BACK BIGGER AND PRETTIER THAN EVER

MAHONEY IS BACK BIGGER AND PRETTIER THAN EVER 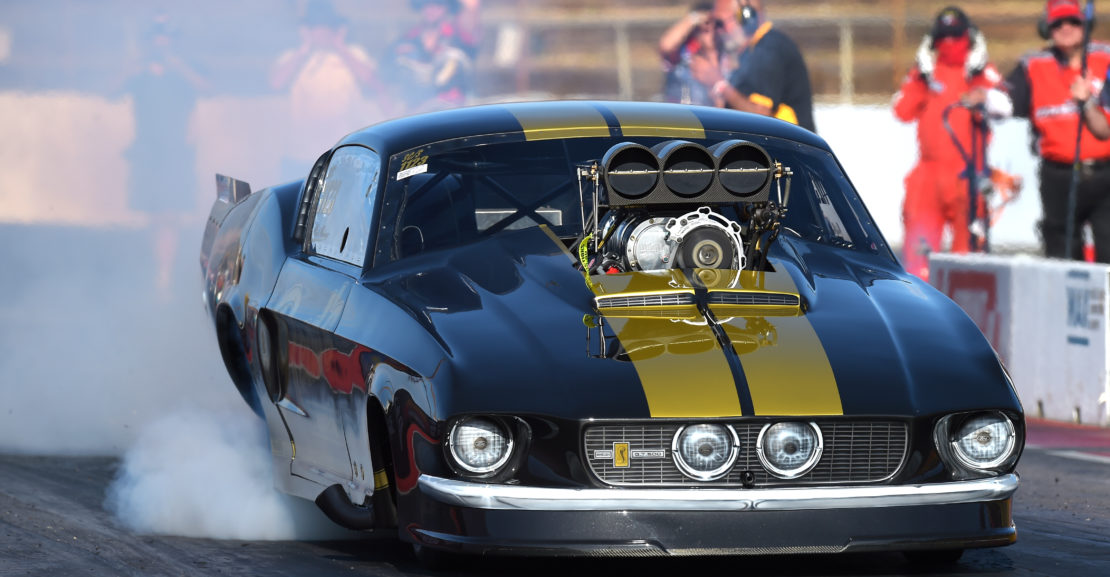 Every now and then a car comes along that makes your jaw drop. In the case of Mick Mahoney, since the late 2016 debut of his beautiful 1967 Ford GT500 Shelby Mustang, social media has been in a spin.…

Every now and then a car comes along that makes your jaw drop.

In the case of Mick Mahoney, since the late 2016 debut of his beautiful 1967 Ford GT500 Shelby Mustang, social media has been in a spin.

Many people have suggested this is the best-looking Supercharged Outlaw in the country. This car isn’t a wrap job either. The airbrush work on the bumpers, headlights, grill and badges is outstanding, and a true credit to Pete Kalleske.

This race car would be well placed at any major car show.

But before we talk about the future, let’s go back three years. It was at Portland’s South Coast Raceway that Mahoney was racing his supercharged Ford Capri. The short-wheelbase race car was a handful, and unfortunately on this occasion Mahoney lost control and smacked the concrete barrier hard. If you’ve seen the photos you can appreciate how lucky he was to have walked away.

“After the crash we spent an extra day in Portland just so myself and the crew could make sense of what just happened,” said Mahoney. I’d fractured a tail bone so it was a slow ride home and it gave me plenty of time to think.”

It was the second time Mahoney had crashed in the space of six years between two Capris, so it would have been easy to suggest he walk away and take a break. Well, like a true drag racer that thought was thrown out the window quick smart.

“On the way home I was already thinking about a new car. This time it was going to have a longer chassis and a different body,” said Mahoney.

This is the first time, almost three years to the date that Mahoney is returning to Portland to race, and the car is absolutely stunning.

“While we haven’t progressed as far as I’d liked, due to some teething problems between the car and driver (grin), I’m not getting worked up about being back at Portland.

“Yes it’s been three years but that’s now in the past. Of course it’s in the back of my mind, but I need to move on and I’ve got a job to do. My priority includes finalising my ANDRA licence requirement, and accustom myself to drive a manually shifted transmission for the first time,” said Mahoney

In wrapping up Mahoney wanted to pass on his sincere thanks to Tim McAmis Race Cars, Walker Chassis, SA Race, MK Performance Evolution Crash, Simon Barlow and his family for their patience, his crew chief and joint car owner Philip Read of Read’s Transport, and of course his fantastic crew.

For info on where you can see this beatutiful race car this weekend go to http://southcoastraceway.com.au/