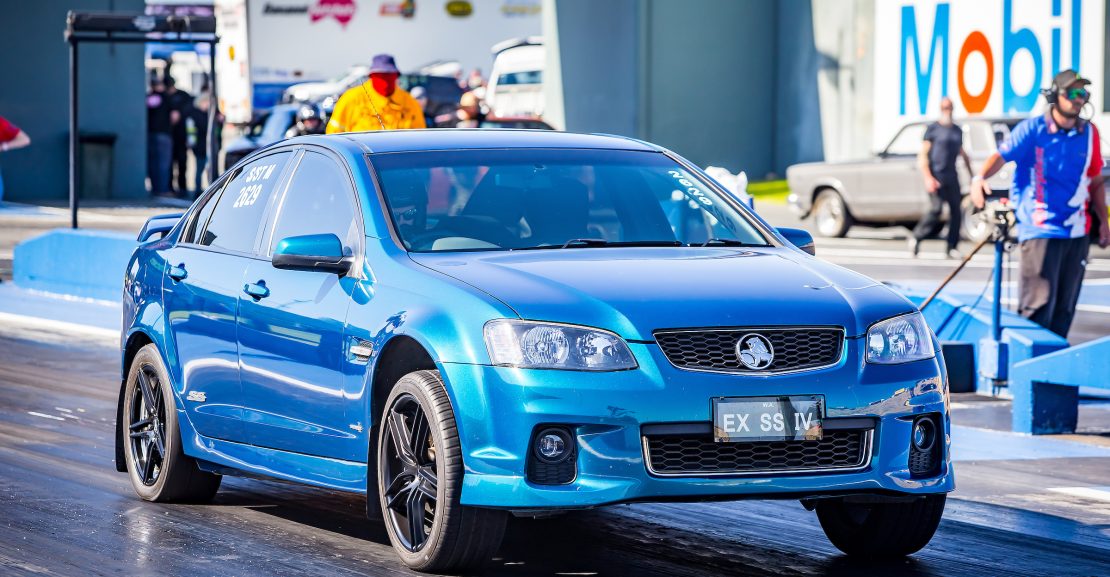 Andy Oorschot took out the WA Drag Racing Championships title for the Super Street bracket at the end of the 2020/2021 season and now has his eye on national success at this weekend’s Goldenstates event at the Perth Motorplex.

The event will feature racing for both the Summit Racing Equipment Sportsman Series and the Australian Drag Racing Championships over two big days and nights on Friday November 26 and Saturday November 27.

“It was awesome to win the WA Super Street championship – none of us knew who the winner would be until round three of eliminations at the final meeting!” Oorschot exclaimed.

“I didn’t win any race meetings throughout the season, but squeezed in just enough consistency to stay within the top three in the points.

“Luckily, no one won more than one race meet last season, so the door was open just enough to sneak past them and take the top spot!

“I will definitely be defending the WA Super Street title this year and have already started with the first event on November 6 where I made it through to the semi-finals before losing to the current national champion (Paul Garbellini) with a break-out by 0.013 of a second, so I am currently equal second in the standings.

Oorschot drives his VE SS to each event, so while it is difficult for him to attend Summit Racing Equipment Sportsman Series rounds outside of his local track, he hopes to one day attend more when possible. Until then, he will continue to race at as many local events as possible.

“I have attended most of the Goldenstates meetings held at the Motorplex, be that competing or spectating, since 2007,” he explained.

“Up until the 2020/2021 season, my previous race car struggled to produce consistent run times, so my success rate has not been as good at this event in the past as I would have liked, but hopefully that is about to change.

“This year is my first chance to compete in a Goldenstates event with a more reliable and predictable race car, so I am hoping to make it through as many rounds as possible, and with just enough luck going my way, maybe the final.

“No matter what happens, the Perth Motorplex is an awesome venue to race at and I send many thanks to the ANDRA officials, Ray Treasure and the large crew of volunteers that make every event here possible.”

While he has been a passionate fan of drag racing since he was a teen, Oorschot had to wait two decades before he could become a competitor.

“I was introduced to drag racing when I was 18, being lucky enough to be part of Peter Pike’s team competing in Super Sedan (at Ravenswood),” Oorschot said.

“I loved being surrounded by the big horsepower cars, my favourite was John Zappia’s Top Doorslammer Monaro.

“I wasn’t in a position to become a competitor until more than 20 years later, in 2007. At that time, Peter Pike was the Drag Racing manager at the ‘Plex and I started racing in Super Street in my beloved turboed EL Falcon.“I have always been very happy just being able to compete at the drags, so I haven’t really strived to go faster every year, but after many years and countless modifications to the beloved EL Falcon, I decided to try a naturally aspirated race car instead for improved reliability and predictability.

“It was a tough decision for a true-blue Ford fanatic, but the new race car – a modified VE SS – is so good it won me the championship!

“It has been prepared by BYE Performance and Justin and his team have done an excellent job with the car, upgrading the engine (cam and heads), torque convertor and differential to produce a consistent and reliable race car – that I still use as a daily driver, although the exhaust note and lumpy cam idle does get most people’s attention!

“I can’t bring myself to part with the beloved EL Falcon though, so it sees some street duties too.“I would like to thank Justin and his team at BYE Performance for their excellent work on the car, and also my brother Rob and my nephew Alex for their help in the early years with the Falcon.

“I must also say a huge thank you to my partner Hiromi who always attends every meeting despite not being a petrol head like me, and also thanks to the guys at Three Stooges Racing for all their help throughout the season.”