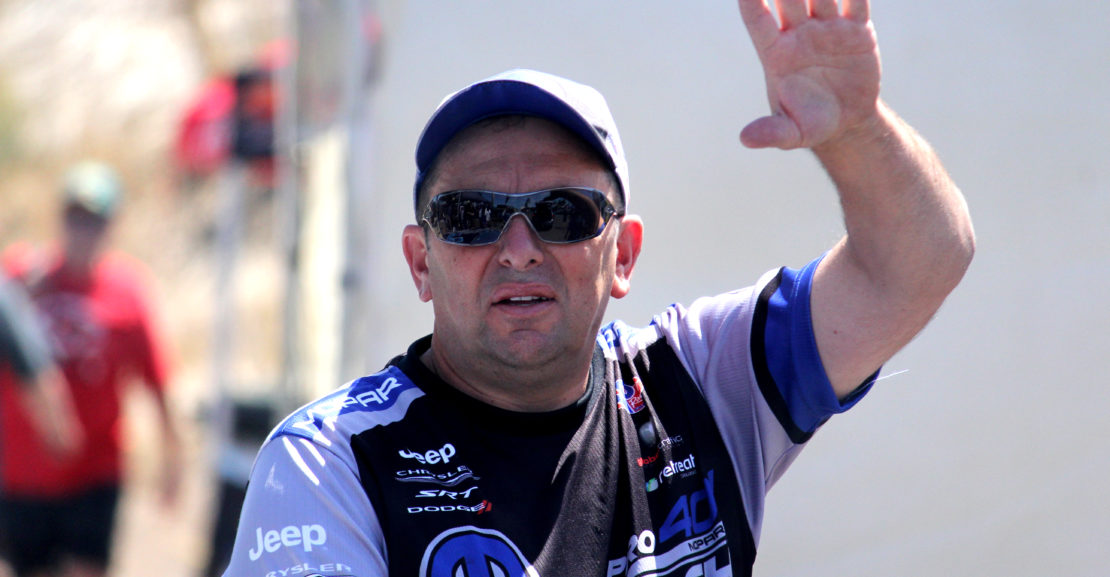 Australian Pro Stock Champion Lee Bektash has heralded his upcoming retirement with a passionate speech whilst accepting the 2017 ANDRA Australian Nationals Pro-Stock Gold Christmas tree for his win at the recent event at Calder Park.…

Australian Pro Stock Champion Lee Bektash has heralded his upcoming retirement with a passionate speech whilst accepting the 2017 ANDRA Australian Nationals Pro-Stock Gold Christmas tree for his win at the recent event at Calder Park.

Now Lee will be looking to put an exclamation point on his amazing racing career with a “#DontHoldBack” Farewell Tour that will span across the next four months.

The tour will be a celebration of Lee’s time in Drag Racing and will see him saying his Farewell’s to Tracks, Officials, friends and fans, starting at the Summit Racing Equipment Grand Finals at Adelaide International Raceway on March 31 & April 1.

From there, Lee will compete in the last three rounds of the IHRA 400 Thunder Series, defending his Championship from last year’s victory in the inaugural Series.  “This is my last season this year and I want to dedicate whatever Trophy I can win to my crew members.  Without the crew we haven’t got anything” shares Bektash.

Acknowledging his sponsors and the opportunities he’s been given “The sponsors have been fantastic.  Loyal to me.  This is my 10th season!  I’ve been very fortunate to have raced at the top level of naturally aspirated motors.”

Flanked by sponsors and crew, Lee will be taking a unique approach to his retirement, documenting and reporting each of the four events, including his experiences on the road to and from, via social media.  He’s inviting fans to follow along, join in the conversation and be part of his journey via the Lee Bektash Racing facebook page.  From Tuesday (February 28) fans will be invited to post their special messages for Lee by uploading a short personal video, text or photo. Invite details will appear on his facebook page.