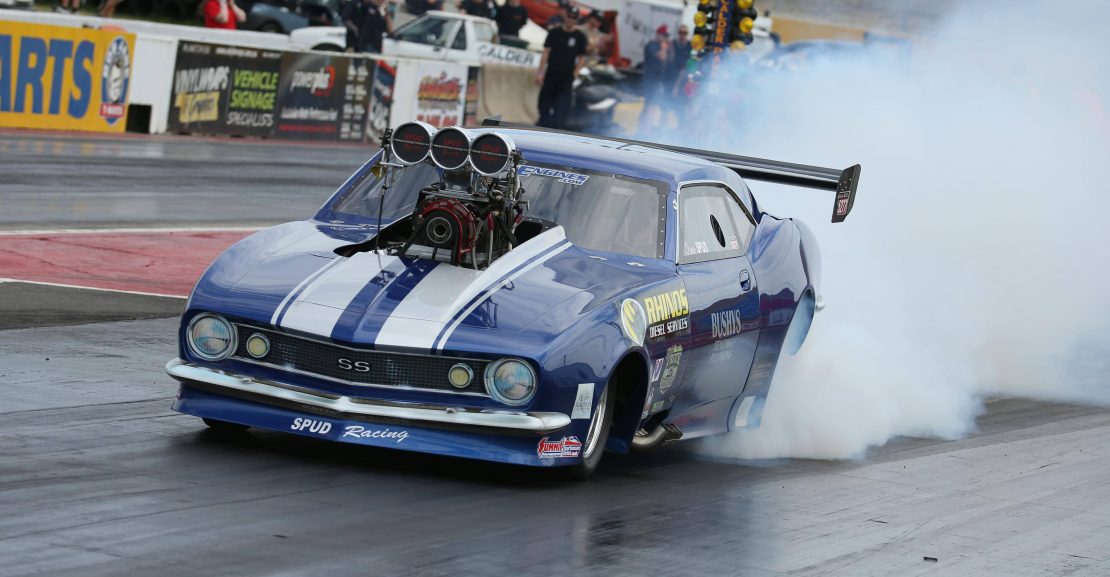 Following a hard-fought season, Justin Russell has been awarded the 2017/2018 Summit Racing Equipment Sportsman Series Australian Title for the Supercharged Outlaws bracket. Russell and Jason Keily tied on points at the conclusion of the ANDRA Grand Final proceedings at Adelaide International Racewa…

Russell and Jason Keily tied on points at the conclusion of the ANDRA Grand Final proceedings at Adelaide International Raceway. This week an ANDRA tribunal declared Russell as the champion.

“After a long wait, we have been declared the Summit Racing Equipment Sportsman Series Australian Champions for Supercharged Outlaws,” Russell said.

“It was a long wait for the appeal after a tie in the final round at the Adelaide Grand Final, but the tribunal found that I was the champion in accordance with the National Championship tie deciders in the rule book.

“A tribunal isn’t how you want to see these things decided, we are racers and we wanted to race for the championship, to race for the win. Unfortunately, the conditions at the Grand Final were horrendous and the chance to do that was taken away, so it came down to tie breakers to decide it.

“It has been a very emotional ride, and I want to thank my wife Robyn and my children Kyle and Ryan for all of their support since the final – their love and support means the world to me.

“To ANDRA also we say thank you – we have a new appreciation for the handbook we receive every year and appreciate why it is made pocket size!

“To the runner-up Jason Keily, we extend our congratulations on a strong run. Jason, your friendship, professionalism and class will long be part of our memories.”

The Australian title comes after a strong 17/18 racing season for Russell and his crew.

“The Spud Racing Team had a fantastic 17/18 racing season with round wins in Darwin and at Calder Park, which was a very emotional return for us to a track where we had wrecked two years prior and go on to win the Rowe Memorial,” Russell explained.

“We top qualified at Calder Park and at Portland too, where we also claimed a runner-up result, and then to top it all off we tied with Jason Keily in the final round of the season at Adelaide International Raceway.

“It was a solid season all-round, and it has been pleasing to have that success across the season after years of hard work.

“We must send out our thanks to all of our sponsors: Bushy’s Fencing and Plumbing, Pete’s Truck and Diesel, Men Only hair design, Rhinos Diesel Service, A M Cranes, Buchanan Family Chiropractic, Quinn Funerals and Dandy Engines. Without the amazing support of these people both financially and emotionally, we would never go racing.

“We also must thank my crew members and their families – to them I say you all simply cannot believe how grateful I am for the support I get from you all, I could never go racing without you. Whether you know it or not, this title is down to the efforts you put in every time we wheel the car out.”

Russell says after a big 17/18 season, he and his wife will turn their attentions to their sons’ racing next season.

“During the 18/19 season Robyn and I will be dedicating our time to taking our sons racing. Kyle has a V8 Commodore and Ryan has a Junior Dragster and we are hoping for a fun season which is full of family time,” Russell said.

“During the coming year we will also undertake a freshen up of the car and look to tie together a financial package to be able to run strongly – we hope that the 19/20 season will see us back in Supercharged Outlaws for another tilt at the title.”