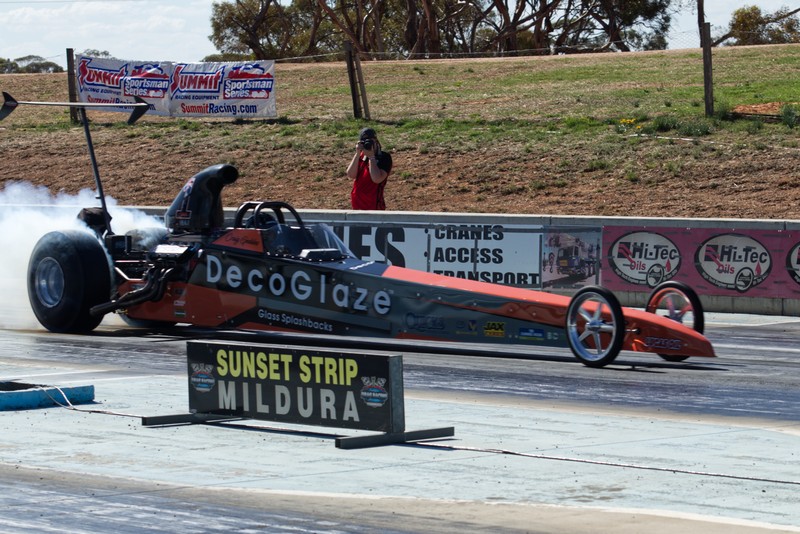 This weekend’s ANDRA Grand Finals at the Perth Motorplex will bring to a close both the 2021/2022 Australian Drag Racing Championship (ADRC) and Summit Racing Equipment Sportsman Series (SRESS) over two big days (April 8-9).

In the battles for the Competition and Supercharged Outlaws championship titles, Craig Geddes and Tim Stewart are hoping to secure their eighth and first national titles respectively at the event, which will also host round three of the Burson Auto Parts Australian Top Fuel Championship.

“The car is going well so we are feeling very confident that we can be very competitive at the ANDRA Grand Finals,” Geddes said.

“We love the track over in Perth and are really looking forward to getting back there now that the borders are open there to allow that to happen.

“We will be attempting to secure our eighth title, and the competition is definitely going to be very, very tough over there. The racers there are very fast and we have been keeping a close eye across the season – it is going to take some pretty decent performances to navigate through that field.

“We are confident we can be competitive, the car went well in Mildura and the last two events we have raced in Perth has seen us walk away with the wins, so that gives us some good confidence heading into the ANDRA Grand Finals which is great, as previously this was my ‘voodoo’ track!

“It would be an absolutely awesome achievement for our team if we can secure our eighth national title – we have been racing consistently for more than 25 years now and it is a great record to have. If we can secure it, then we will have to start trying to see if we can get to 10!” he grinned, while thanking his crew – Rob, Darryl, Ethan, and Jesse – and their families, as well as his sponsors Decoglaze Glass Splashbacks, Quick Freight Express, Jax Tyres, The Cleaner’s Room, Lucas Oils, Patterson Elite USA and Broadbent CHS Grain for their support.

Stewart has not had a smooth ride to the ANDRA Grand Final, breaking a crank shaft at the penultimate round in Mildura.

“It was a bit of a scramble to try and get something together in time for us to get over to Perth, but we managed to get it done,” Stewart said.

“The car has been really consistent in recent times, and we have gotten on top of a few issues we have had over the last couple of years with it.

“At the last round in Mildura, we were the most consistent we have been for a long time, so I think we probably have as good of a chance as anyone this weekend.

“The ANDRA Championship is the ultimate goal for any ANDRA racer, and even though it has been a disjoined season due to COVID-19 and its affects, it is still something we all strive for and it would be an absolute pleasure to win.

“Thank you to all of my crew for their hard work and in particular to those that travel from interstate to help, Andrew Braithwaite, Dave Thornton, Pat Degilio, and of course the chief, my wife Sue Stewart. Thank you also to my sponsors, BNR Engines and Fire Fighting Systems, for their great support.”