GEDDES CLAIMS THE ROWE ‘ON DEBUT’

GEDDES CLAIMS THE ROWE ‘ON DEBUT’ 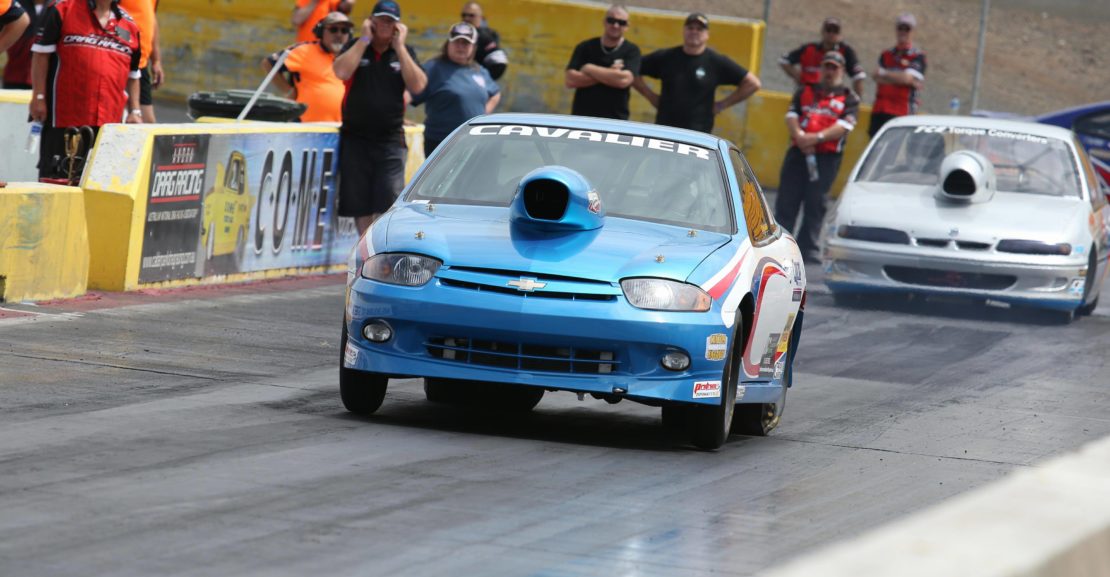 Craig Geddes has claimed the prestigious Rowe Memorial after taking victory in his new Super Stock machine at Calder Park Dragway today. Geddes’ name will now be inscribed on the perpetual Rowe Memorial after he took out the SuperComp class during proceedings for round six of the Summit Racing Equ…

Geddes’ name will now be inscribed on the perpetual Rowe Memorial after he took out the SuperComp class during proceedings for round six of the Summit Racing Equipment Sportsman Series.

Geddes’ victory followed what the three-time and defending Competition class champion called a dream run in his new race car – a 2004 Cavalier with a 320-cubic inch splayed valve Chev, which runs an automatic transmission.

His day started well, taking out the Top Qualifiers Medallion – sponsored by The Tile Co-The Shower People, KC Tools and Summit Racing. He then went on to enjoy a bye run in the first eliminator before facing Shane Baxter and Leo Vangelovski ahead of taking on Panagiotis in the final. Meanwhile, Panagiotidis had raced Jim Ioannidis (round one) ahead of a bye run, before taking the win over Nick Karantonis in the semis.

“This is terrific – it was our first time out with the new car, and on debut it top qualified and ran a dream. It has really shocked us how well behaved it has been, we couldn’t have asked for more,” said Geddes, who had previously run a dragster in the Competition bracket and is the defending champion for the category.

“We haven’t really ever done any good at the Andrew Rowe Memorial event before, so this is a great feather in the cap. We are very proud to win this event and especially in our new Super Stock car.

“The car performed faultlessly, it was much quicker than we anticipated straight out of the blocks. I have to send a big thanks to all of my crew and the sponsors who have all put in a massive effort over the last few weeks to get it finished. We were really up against it, but we wanted to debut it and do well here at the Rowe Memorial and we have accomplished that, it is just terrific.”

Another racer grinning widely, yet a little more lost for words, was Justin Russell. After a big accident at the same event in 2015, the ‘Spud Racing’ competitor took his Chevy SS Camaro to the win in the same lane that hosted his crash two years ago. 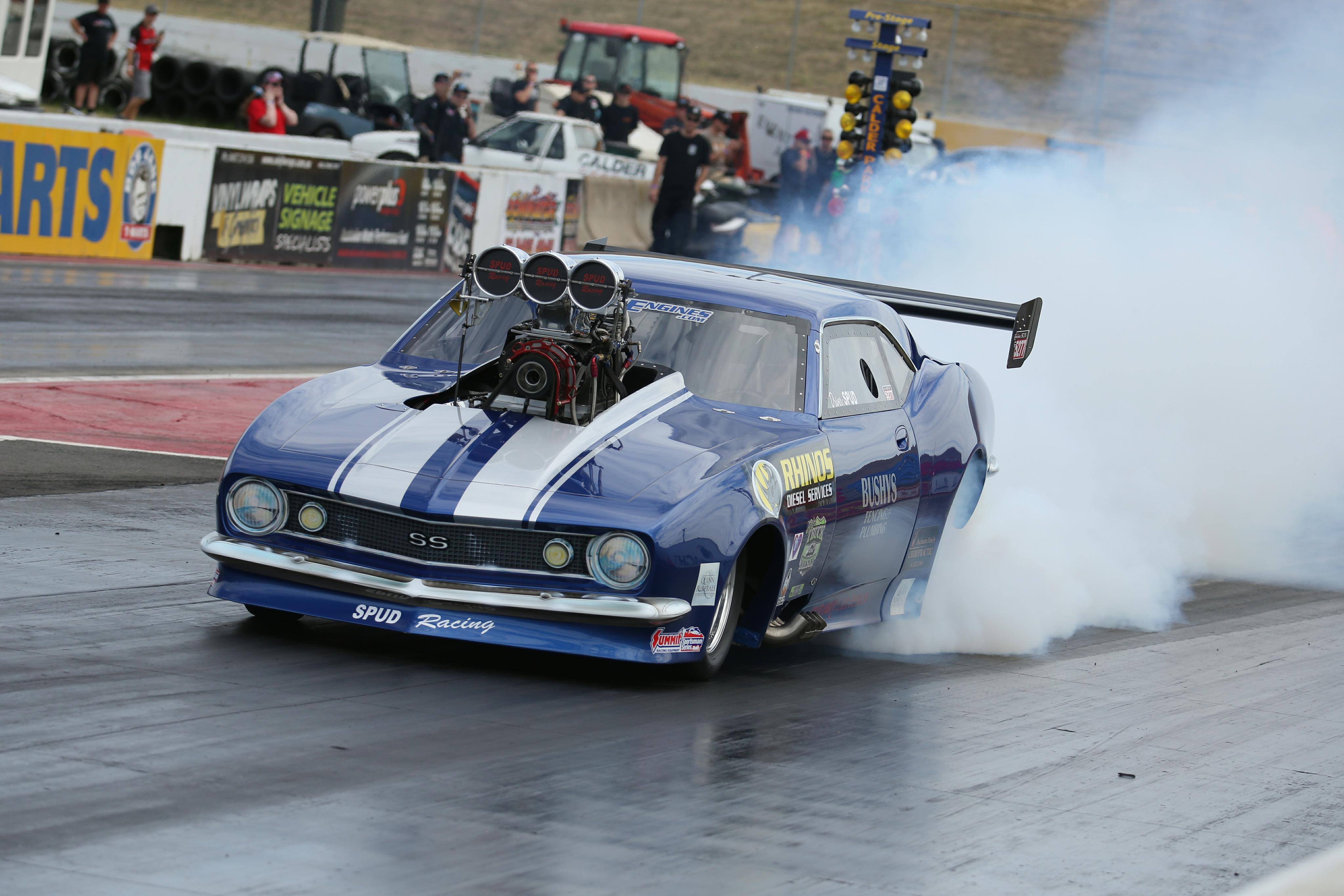 “I crashed here two years ago and now I have just won the event in the same lane that we crashed. I am ecstatic, we couldn’t have had a better day and honestly I am a bit speechless,” enthused Russell, who was also the Top Qualifier medallion recipient for Supercharged Outlaws.

“I can’t get over it – it was a dream run all day, the car has been just perfect. We came to the meeting having missed Adelaide due to a family wedding. We were a bit devastated to miss Adelaide as we like running there but you can’t go to them all sometimes.

“We came here and looked at the field and thought we had a pretty good chance of top qualifying. We thought we would have a go at it, and it all turned out very well.

In the Super Gas bracket, Graeme Spencer’s match-up with Colin Griffin came after he faced Bailey Datson (round one) and Warren Bull before enjoying a bye run in the semis. On his way to the runner-up berth, Griffin had taken on and beaten Steve McCumber (round one), Top Qualifier medallion recipient Adrian McGrotty, and Jeff Romeo.

George Hatzi’s Super Sedan victory followed races against Matt Ponton (round one), Peter Tzokas and Leon Davies before a bye run through to the finals. There he took on Gkroidis, who had earlier dispatched Scott Rouhan (round one) and Robert Kardum ahead of a bye run, before taking on Enio Morrocco in the semis. Michael Konstandinou was the Top Qualifier medallion winner.

In the Summit Racing Equipment Junior Dragster ranks, winner Jake Berias took the win over Baillie Ponton after earlier having taken victories from Tommy Turic (round one) and Brooke Camilleri before a bye run in the semis. Ponton meanwhile took on and defeated Daniel Carranza before a bye run ahead of a semi-final against Chelsea Sammut. Jordan Spencer was the Top Qualifier medallion recipient.

The Denso Super Street final between Graeme Cooper and Steve Cassy was set-up after Cooper had earlier emerged victorious from battles with Chris Tatchell (round one), Top Qualifier medallion winner Bill Farrugia and Johhny Kapiris. Cassy had taken on Michael Bridges (round one), Peter Jephson and Tony Barbara.

In the battle of two wheels, Johnny Ireland’s Modified Bike win over Shane Walker followed a bye in the first eliminator before he took wins against Damien Enever and Bryan Finn. Walker had previously faced off against Mario Baker (round one), Matt Walden and Edge Mallis. Corey Scholes was the Top Qualifier medallion recipient.

The Modified victory went to Top Qualifier medallion winner Jess Turner, who prior to lining up against Cory Dyson in the final had a bye run before taking on Craig Baker and Stewart Johnston. Dyson meanwhile had dispatched Matt Czerny and Derek Wills ahead of a bye in the semi-final. 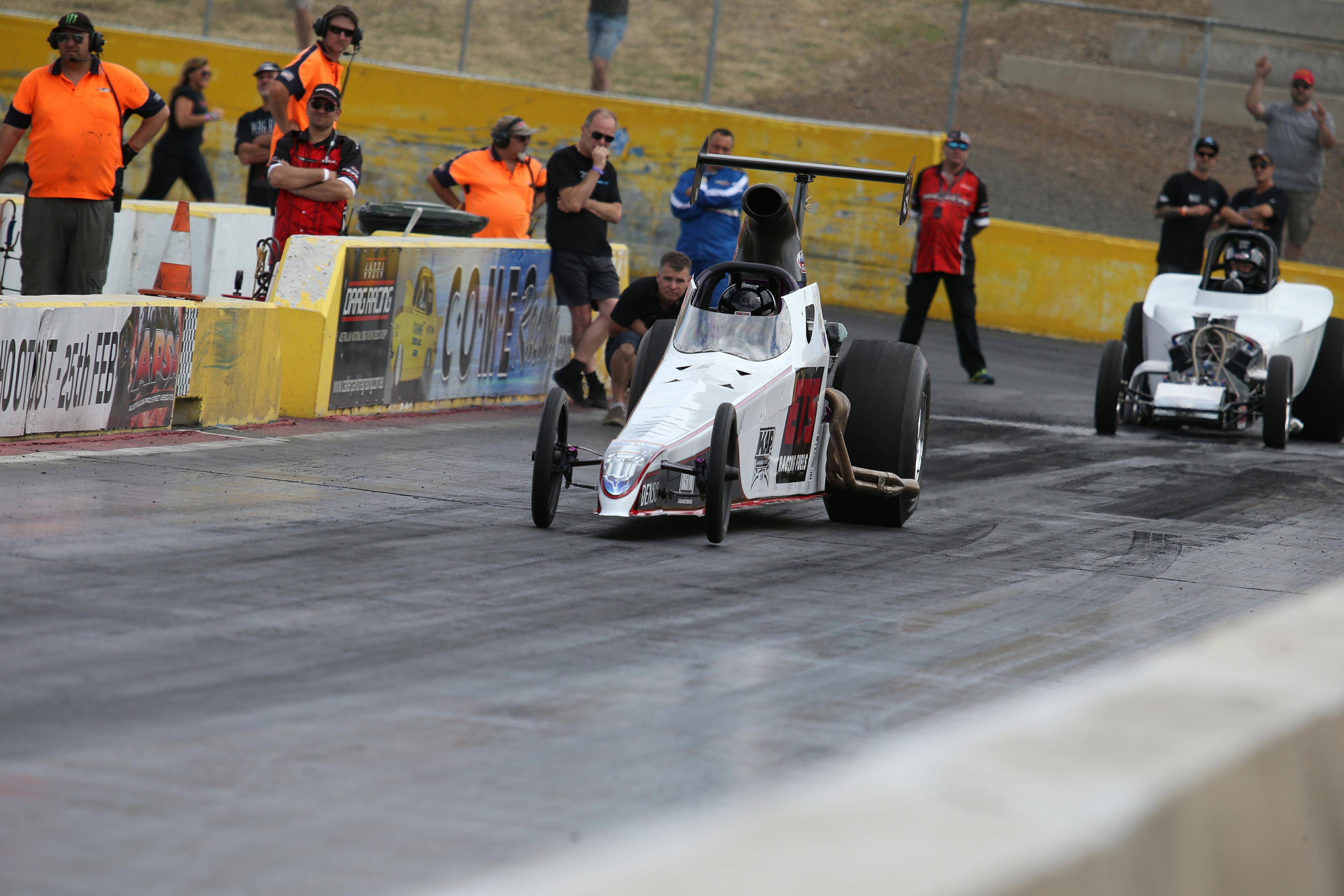 In Top Sportsman, Glenn Henley’s win over Chris Theo followed on from victories against Greg Angus and Michael McGrath before a bye in the semis, while Theo had taken the round one win from Vlado Turic ahead of a bye run before facing Jason Arbery in the semis. Darren Nichele had earlier taken out the Top Qualifier Medallion.

ANDRA thanks Calder Park Drag Racing as well as all of the volunteers and sponsors for an outstanding race track and a well-run event which included a minute’s silence tribute for Anita Board prior to eliminations.

Round seven of the Summit Racing Equipment Sportsman Series will be held at Portland’s South Coast Raceway on January 20. For more information, visit www.andra.com.au and www.southcoastraceway.com.au