Gary Phillips on red alert ahead of Winternationals event

Gary Phillips on red alert ahead of Winternationals event 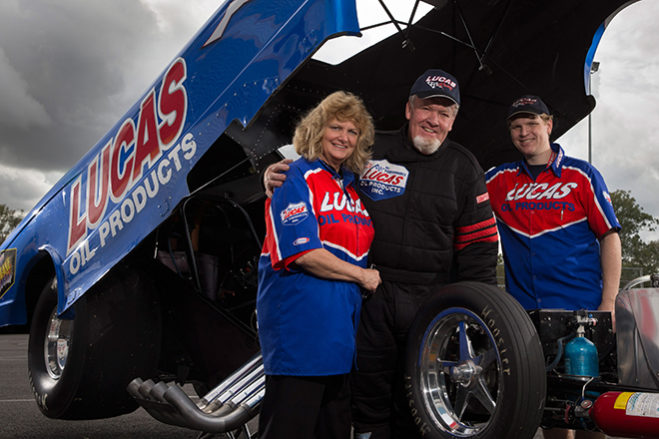 Australia’s most successful drag racer Gary Phillips has admitted that his biggest threats to victory at this weekend’s Winternationals could come from any one of his fellow competitors in both Top Alcohol and Top Doorslammer.? …

Australia’s most successful drag racer Gary Phillips has admitted that his biggest threats to victory at this weekend’s Winternationals could come from any one of his fellow competitors in both Top Alcohol and Top Doorslammer.?

Phillips, who is determined to end a 10-year winless streak at Australia’s biggest drag racing event despite 12 victories between 1978 and 2004, is not taking any chances by focusing on a specific rival.?

“My biggest competitor is anyone who qualifies – you can’t take anyone lightly,”Phillips said.?

Qualifying will be crucial in Top Alcohol with nine Funny Cars and two dragster cars vying for just the eight available spots in eliminations.?

“In Top Doorslammer, all 16 cars are racing and there’s not one easy beat amongst them.?

“There are a lot of good cars out there that can step up and bite you at any time, so I just run my own race and do the best I can.”?

Phillips said he is not scared to be beaten knowing he is always giving his utmost.?

“They can take pot shots, or pull the rabbit out of the hat, all the clichés you want to use,” Phillips said.?

“Qualifying is a big deal, and if you’re in between one and eight in Top Alcohol it’s perfect. But ninth, 10th and 11th place is definitely not on the menu for us.?

“We’re not there to just make up the numbers. We always try to be at the pointy end of the field whatever the class.”?

The Hillcrest-based racer is confident of success at the Winternationals, care of a new ANDRA Funny Car national record in his pocket.?

The 16-time Australian Top Alcohol Champion heads to the event in strong form, confident that the event should suit his Lucas Oil Funny Car.?

“We’re going ahead with all guns a-blazing for the Winternationals,” he said.?

“Willowbank Raceway is usually good for us, and the event will be mostly held during the day this year. That should suit us.”?

The Fuchs Winternationals begins tomorrow and continues across the Queen’s Birthday long weekend (Thursday 5 June to Sunday 8 June 2014), with 430 racers from all across the country and New Zealand to compete in front of approximately 30,000 spectators across the four days.