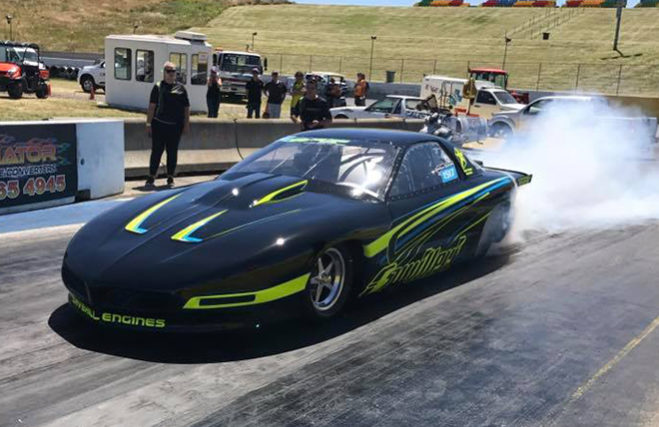 Camilleri set a new speed mark for DD/GA reaching 161.61 mph in a Round 1 defeat of Mark Newman. The previous minimum was set at 156 mph.

2015 Rowe Memorial winner Les Heintz set a new elapsed time record for B/MP on a 7.038 second pass in his first round win against Cameron Ambesi. The minimum had previously been set at 7.07.

On his return following a long layoff and a last minute rush to be ready, Parker reset both speed and ET for the B/APA class with a pass of 6.199 seconds in the semi final against Heintz with a final round runner up mph of 169.08 mph. Prior to the event the minimum speed was 166 mph while the previous ET record was 6.21, also set by Parker.

ANDRA congratulates all three teams for their continued success.