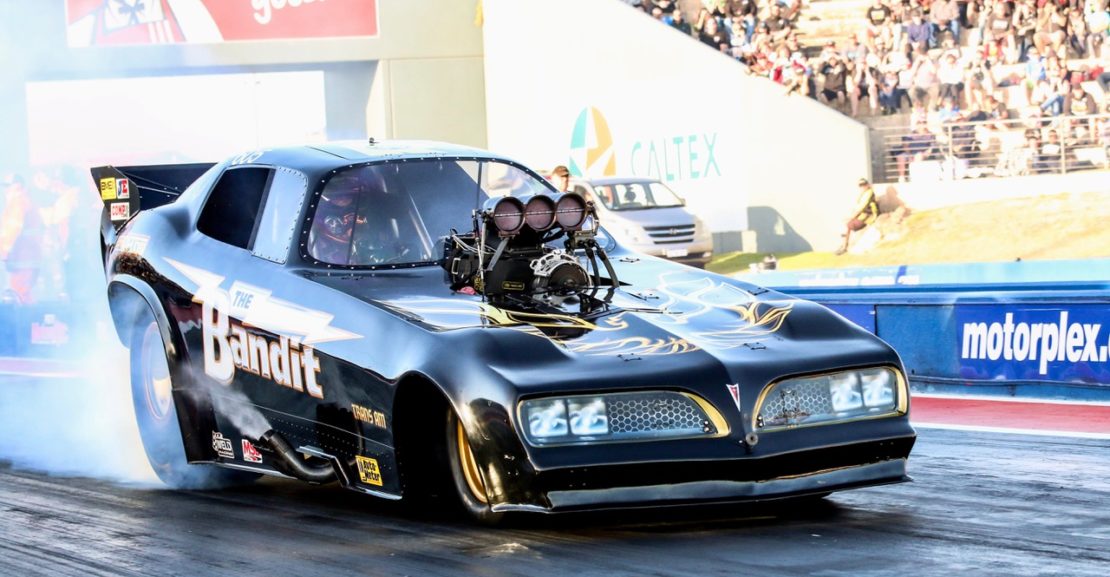 The beautiful seaside South Coast Raceway at Portland in Victoria has been host to the Aeroflow Outlaw Nitro Funny Cars for several years and the 2017 event is shaping up to be the best yet, with a special feature – a father vs son shootout!…

The beautiful seaside South Coast Raceway at Portland in Victoria has been host to the Aeroflow Outlaw Nitro Funny Cars for several years and the 2017 event is shaping up to be the best yet, with a special feature – a father vs son shootout!

Having competed at his first event at the Perth Motorplex earlier this year, young gun Josh Leahy impressed everyone and is looking for more of the same as he prepares to take The Bandit to the Victorian eighth mile venue.

When asked about his nitro debut, Josh beamed, “I have been trying to answer this question to friends and family at home, and I have narrowed it down to one word – unbelievable!”

“To be able to travel across the country and be a part of the Aeroflow Outlaw Nitro Funny Car show is one thing, but to finish on the podium was an unforgettable moment! I felt that I had mentally prepared for the event as much as possible, but to see the header flames from the Nitro Express out of the corner of my eye over the finish line in the final is something I will never forget!”

Now that the debut is done with, Josh is more relaxed as he heads to Portland “My goal is to put on a fantastic show for the crowd in Portland. We love going down there and we want to make sure that this meeting is as successful as the others. We will be very happy to go from A to B and be a part of the show, but I won’t deny it – I wouldn’t mind racing Rick in the final again!”

But what happens when he gets to face-off with father and long-time racer, Greg Leahy?

“To race against my Dad would be a special moment for our family. He is the reason I have been able to race from Junior Dragster to Outlaw Nitro Funny Cars and it would be a very cool experience. I am just hoping that he will have a smile on his face when he can see the tail lights of the Bandit in front of him!”

Father Greg doesn’t think it’s quite so funny but he’s incredibly proud to be racing with his son.

“I was the proudest dad in Perth!

“We are drag racers and to watch your son achieve not only his, but one of my lifelong dreams to drive an Outlaw Nitro Funny Car was one of the greatest days a Dad could ask for.

“Josh is a great driver and I am sure he had made those runs in his mind thousands of times before he climbed in any of the cars he has driven. These Aeroflow Outlaw Nitro Funny Cars are very intimidating with 4000HP and for him to have achieved the success he has so far is something he should be very proud of.

Greg continued, “It will be one of my greatest drag racing achievements to be able to race my son in the Outlaw Nitro Funny Car series, it will be a day to remember. All I need Josh to remember is that old age and cunning will always out do youth and enthusiasm. In other words, I will still want to wipe the floor with him!”