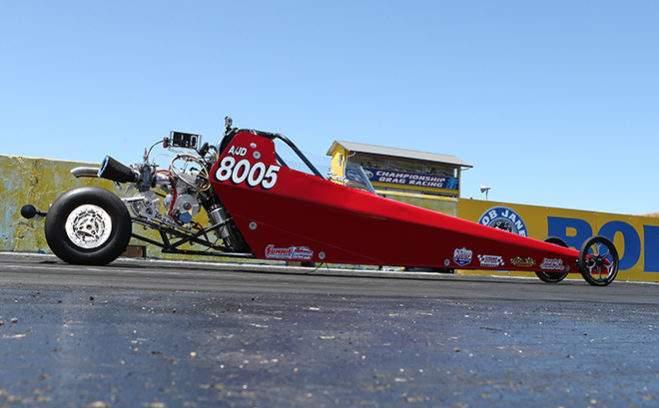 The Donnelly Sisters are carving out a growing reputation in the Summit Racing Equipment Junior Dragster ranks.…

The Donnelly Sisters are carving out a growing reputation in the Summit Racing Equipment Junior Dragster ranks.

Although yet to put a Championship to their name, if one Donnelly sister isn’t at the business end of a race, the other one usually is so when racers line up alongside Kelly or Sarah, they are in for a fight; and that includes lining up alongside each other.

“For us to be racing juniors and being girls it just makes us want to achieve what others can as well,” says Kelly.

“Racing with Sarah is a lot of fun although we have our disagreements we still love it and I think it helps us build a better relationship like I have with my older sister Michelle.”

“Being sisters racing in juniors it is the same kind of competitiveness and we have our arguments but when we are racing each other I think of it as another race,” adds Sarah. 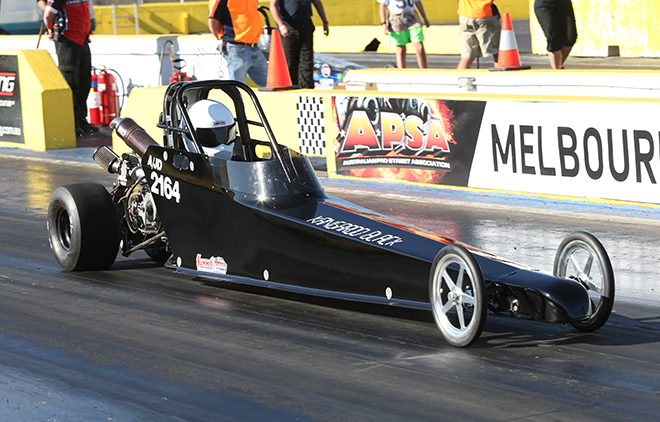 Their parents Mark and Lisa have been involved in drag racing for many years, growing up at race tracks themselves.

Oldest sister Michelle started racing Juniors in 2006 at age 8 and with both Kelly and Sarah watching on as they grew up, it was only a matter of time before they followed in their big sisters footsteps.

“When Michelle finished in 2014, I got into her car and Sarah started in my old car,” Kelly explains.

“I got my A/JD license in January of 2015, Sarah got her B/JD in March 2015 and has recently got her A/JD license. As a family we have travelled thousands of kilometres racing at various tracks across the country, making many racing friends and making many achievements over the years.”

While families race at all levels of drag racing, Summit Racing Equipment Junior Dragster really is the family bracket and it’s that time together that is most important to this team.

“Racing as a family is important because when you make an achievement it’s for the whole family not just us as the driver and it’s great family time when we go racing,” says Sarah.

As the girls get older they are already eyeing up a VK Commodore their father is building for Michelle and a Modified Altered just waiting for all three sisters to have a crack.

While Michelle waits to get back in the drivers seat, the oldest of the three sisters has just completed the first year of a Bachelor Degree of Communication Design and will become the first contributor to the Summit Racing Equipment Junior Journo team.

“I recently stepped out of Junior Dragsters and now Crew Chief for my younger sister,” says Michelle.

“I attend most meetings, particularly in South Australia and sometimes in Victoria and New South Wales.

“I’m looking forward to this new experience and getting to know more people within the Summit Racing Equipment Junior Dragster community.”

If you are a parent, sibling or a Junior Dragster driver and you would like to be involved in the Summit Racing Equipment Junior Dragster Facebook page, please email media@andra.com.au expressing your interest.