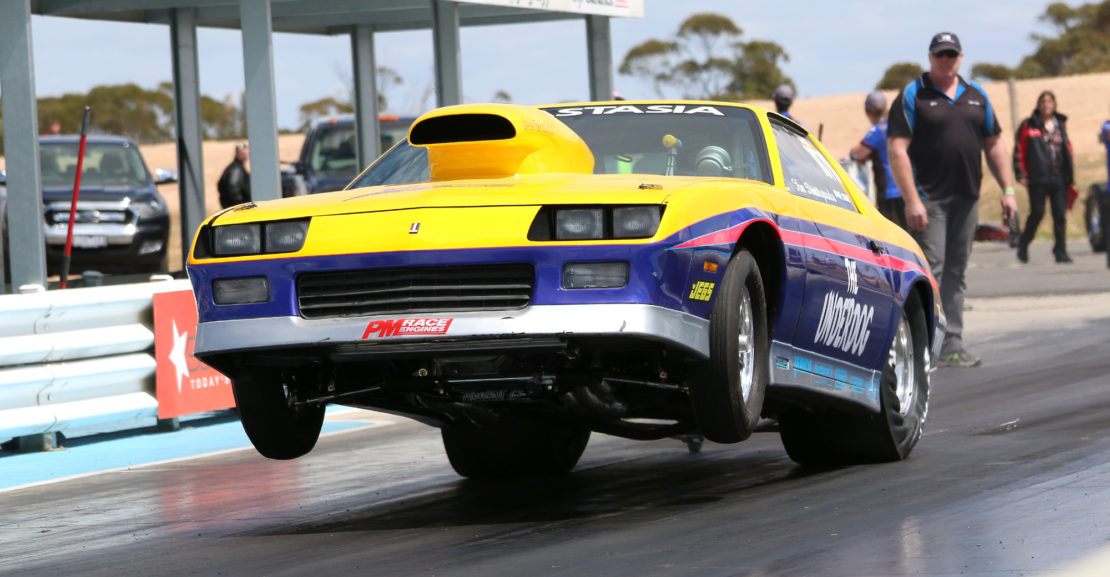 Amongst the field at this Saturday’s Rowe Memorial – which includes round six of the Summit Racing Equipment Sportsman Series – will be current points leader and last year’s Rowe Memorial Super Stock winner, Tom Dimitropoulos. The Adelaide racer was the runner-up at round three in Mildura, a…

Amongst the field at this Saturday’s Rowe Memorial – which includes round six of the Summit Racing Equipment Sportsman Series – will be current points leader and last year’s Rowe Memorial Super Stock winner, Tom Dimitropoulos.

The Adelaide racer was the runner-up at round three in Mildura, and while his last outing at Adelaide in October didn’t go to plan, he is hopeful he can defend his Rowe Memorial Super Stock crown this weekend (Saturday November 25) at Calder Park Dragway.

“The Rowe Memorial really is a prestigious meeting – it is one that everyone wants to win and we took it out last year,” said Dimitropoulos, who thanks his crew, wife, kids, the driver of his race car transporter and also PM Engines for their support of his racing.

“It was a good win last year, and we will be doing all we can to win it again this year.

“I thought Adelaide would have gone a lot better for us, but that didn’t happen and so we have regrouped and are focusing on this weekend, hopefully we can get the result we want.

“Calder Park is a good raceway, it may be an older track and has been around a long time, but it is really great. I can remember the first time I raced there back in 1998 in Super Sedan, the place was packed.”

While the prestige of a win this weekend is certainly a driving factor, the championship chase is also something on the mind of the 45-year-old.

“When it comes to the championship chase, it is anyone’s at the moment. We won’t know for a few rounds yet who is truly in the box seat, so for now it is just about doing the best you can – championships aren’t easy,” he said.

“The car has won a championship before with Les Heintz (in 2000), it was built in the early 90s and we are very often at the top, qualifying in the number one spot three out of five events last season, but we haven’t quite got the car to a championship ourselves yet.

“Last season I was the runner-up, so it would be good to go one better this season. I felt like that season was my year to win it, but Jamie Chaisty did a good job and he did the kilometres chasing it too! Hopefully we can get it done this time around.”

Aside from a race win, Dimitropoulos also has a particular ET in mind when it comes to his goals for Saturday.

“We want to try and run a 7.30s run – it will be the last meeting where we run the manual set-up in the car, as I am going to switch to running an automatic moving forward, so I want to go as fast as we can this weekend to see it out!”

The Rowe Memorial is the most prestigious Super Stock event in Australia and also hosts round six of the Summit Racing Equipment Sportsman Series and the USA vs Oz Jet Car Spectacular.

Held at Calder Park Dragway on Saturday November 25, spectator gates open at 9.00am with qualifying commencing from 9.30am. Eliminations racing will kick-off from 4.00pm, with the finals expected to be run at 9.00pm (all times local and subject to change). For more information on the event, please visit http://calderparkdragracing.com.au/index.php/events/338-rowe-memorial or visit www.andra.com.au