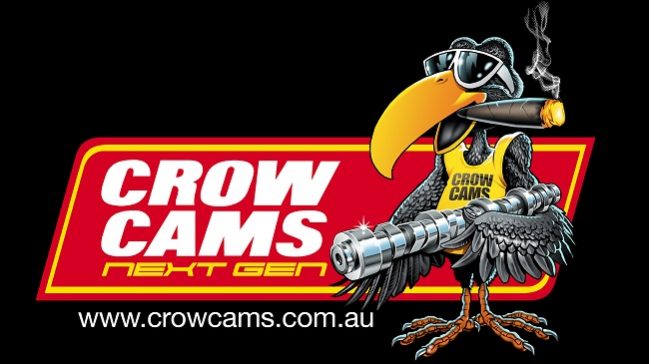 The Crow Cams Top Qualifier Award presented by Decoglaze Glass Splashbacks will see the Top Qualifiers in Top Doorslammer and Top Fuel Motorcycle at ADRC events presented with a cheque for $1000 and $500 respectively, along with a Top Qualifier Medallion.

Crow Cams Australia has been an Associate Sponsor for eight consecutive ANDRA seasons and its General Manager, Lindsay Izzard, said the company was excited to increase its support of ANDRA drag racing through the Top Qualifier Award for the ADRC. At the same time, it will also continue its support of the Crow Cams Best Engineered Award across both the ADRC and Summit Racing Equipment Sportsman Series (SRESS).

“We were so thrilled to hear of the launch of the new Australian Drag Racing Championship and are very excited to increase our involvement with ANDRA drag racing to support this new series,” Izzard said.

“At the same time, we are continuing our support of the Crow Cams Best Engineered Award, celebrating outstanding racing machines in both the Summit Racing Equipment Sportsman Series and the Australian Drag Racing Championship.”

“From driving on the street to racing at the strip, Crow Cams’ valve train technology has you covered with world class performance and reliability,” ANDRA Chief Executive Officer, Brett Stevens, said.

“Crow Cams has more than 30 years of delivering the most advanced cam development and CNC grinding facilities to racers in Australia behind it, and they continue to grow from strength to strength.

“After eight straight seasons of working with Crow Cams as an Associate Sponsor, we are very pleased to take this partnership to a new level for 2021/2022 and into the future and look forward to seeing our racers rewarded by Crow Cams and Decoglaze Glass Splashbacks for their efforts.”

If you are looking for business opportunities within ANDRA Championship Drag Racing, please email Jennifer Lingo (Harrison) at jennifer.harrison@andra.com.au

The Top End Nationals will be held at the Hidden Valley Drag Strip across July 16-17 and will be swiftly followed by the Desert Nationals at the Alice Springs Inland Dragway across July 24-25. For information about these events, visit www.hiddenvalleydrags.com.au and www.cadra.com.au