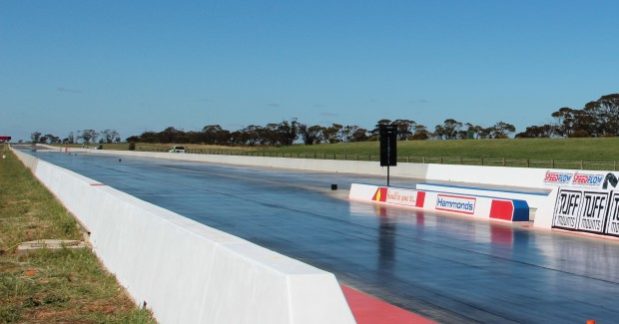 At their March meeting last night, Councillors agreed to spend the $500,000 required to grind the concrete racing surface, lay new sections of asphalt and improve track drainage. The work, which will start immediately, aims to bring the drag strip to Australian National Drag Racing Association (ANDRA) standards so that drag racing can make its return to Swan Hill.

Mayor Les McPhee said Council had worked hard since the drag strip’s inaugural race meeting in November to fully identify racing surface issues and plan for their treatment. “We are absolutely committed to drag racing here in Swan Hill and to making sure this is a top quality, national race track,” Cr McPhee said.

“While this work will mean a significant financial input from Council, we have sought the best technical advice available to make sure the work is effective and is only required once,” he said.

The drag strip was built in 2015 as a partnership between State Government, the Swan Hill Drag Racing Club and Council.

At the track’s November 2016 opening, drag racers voiced concerns about concrete joints on the racing surface being raised. This was confirmed in December when Council engaged expert geo-spatial engineers Lester Franks to complete a laser survey. Council also engaged independent engineers from Head to Head International to provide advice regarding the joint movement and preventing it from re-occurring.

“The survey revealed that the concrete slab has moved more than anticipated. While it was disappointing to find these issues, our research has since shown that this is common for new drag strips – many of them need grinding,” Cr McPhee said.

“We are also dealing with very low tolerances here, because of the speed at which drag cars race and the way they are built. These low tolerances are ultimately to ensure driver safety.”

Funding for the repairs will come from Council’s projected 2016/17 surplus and the remainder from Council reserves. Sydney-based Seovic Civil Engineering, which specialises in concrete and grinding, will complete the work.

“While we have been working with engineers on these repairs, the drag club is continuing its amazing efforts to maintain the grounds and plan for other infrastructure at the site,” Cr McPhee said.

“We are committed to working alongside the club as we move through this process and will keep them and the wider community informed. “Of course the drag strip is just one of the many motorsports that calls Chisholm Reserve home. It is already a great facility and we are looking to work with all the user groups to improve the reserve into the future.”