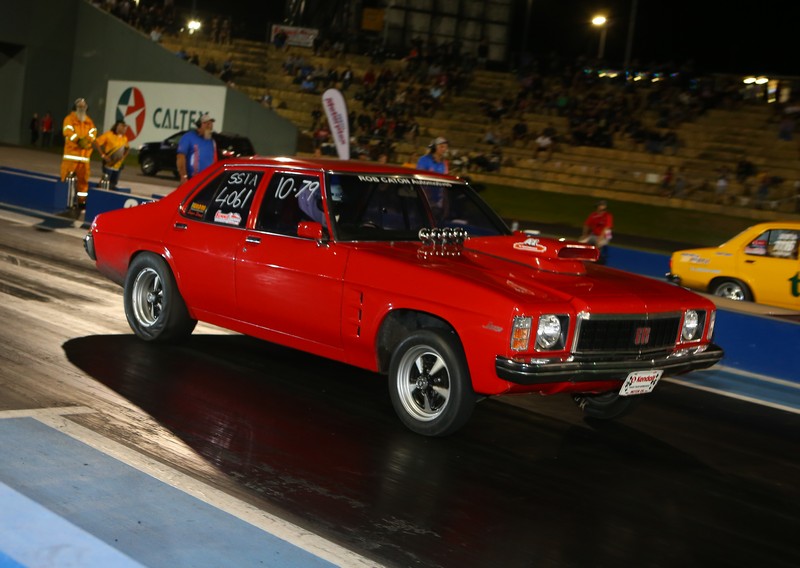 The last two times the Summit Racing Equipment Sportsman Series has visited the Perth Motorplex, local racer Craig Caton has walked away with the Super Street victory aboard his HX GTS Monaro.

The Darlington (WA) racer is one of more than 210 competitors currently preparing for the 49th running of the Westernationals – round eight of the 2019/2020 Summit Racing Equipment Sportsman Series – which will be held at the Perth Motorplex across February 29 to March 1.

“To win at the Westernationals last year was really awesome – it is something pretty special to win a Gold ANDRA Christmas Tree,” Caton explained.

“Over the mid-year off-season we changed the engine in the car and it started off the 2019/2020 season well with a win at the Goldenstates – our first Summit Racing Equipment Sportsman Series event of the season.

“Since then though we have had a bit of trouble working with the new combination and just getting a handle on it.

“Last season I started off well, had some trouble, and then finished the season strong starting with the Westernationals win – here is hoping we can do that again!” he chuckled.

Caton will have plenty of competition at next weekend’s event, with 46 racers entered for the Super Street bracket.

“I know you are meant to be confident, but it is pretty hard with such a tough field of racers,” Caton said, while thanking Dimoff Transmissions, Performance Mods and A1 High Performance as well as his “ever reliable” crew – Craig, Dave and Josh – for their support.

“It is going to be a huge event and I am very excited to come back to the Westernationals. It is a special event and it is one that you always want to do well at.

“In the early days I never even would have thought about winning, it was great just to be there and to have a good day!

“Hopefully this year I can secure another Gold tree and have a pair on the shelf alongside my two Sliver trees! At the end of the day we will just be doing our best, that is all you can do.

“There are a lot of tough racers in this field and it should be a great event.”

The 49th Westernationals will mark round eight of the 2019/2020 Summit Racing Equipment Sportsman Series and will be held at the Perth Motorplex across February 29 to March 1, 2020.

The event will feature not only all the racing for the Summit Racing Equipment Sportsman Series, but also Top Fuel, the West Coast Top Doorslammer Challenge and the West Coast Nitro Bike Challenge. For event information, visit www.motorplex.com.au or www.andra.com.au