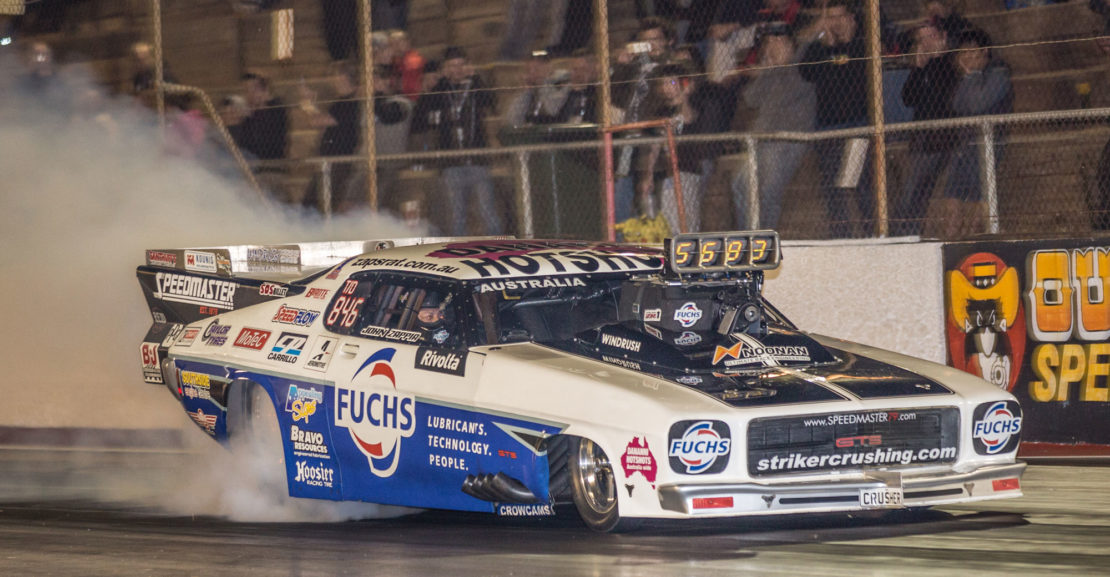 What a fantastic day of racing with the ANDRA Drag Racing Series turning it on for the huge and vocal crowd on day two of the Summit Racing Equipment Grand Finals. The South Aussies really love their drag racing and not only did they witness record-breaking performances, but also the crowning of the…

What a fantastic day of racing with the ANDRA Drag Racing Series turning it on for the huge and vocal crowd on day two of the Summit Racing Equipment Grand Finals. The South Aussies really love their drag racing and not only did they witness record-breaking performances, but also the crowning of the 2017/18 ANDRA Champions.

Early Saturday morning saw plenty of ominous clouds and some rain, however, the good news was that it cleared up early afternoon much to the relief to all.

The jet drier was brought out and along with the hard working Adelaide Raceway officials and crew; the racing surface was ready in no time. 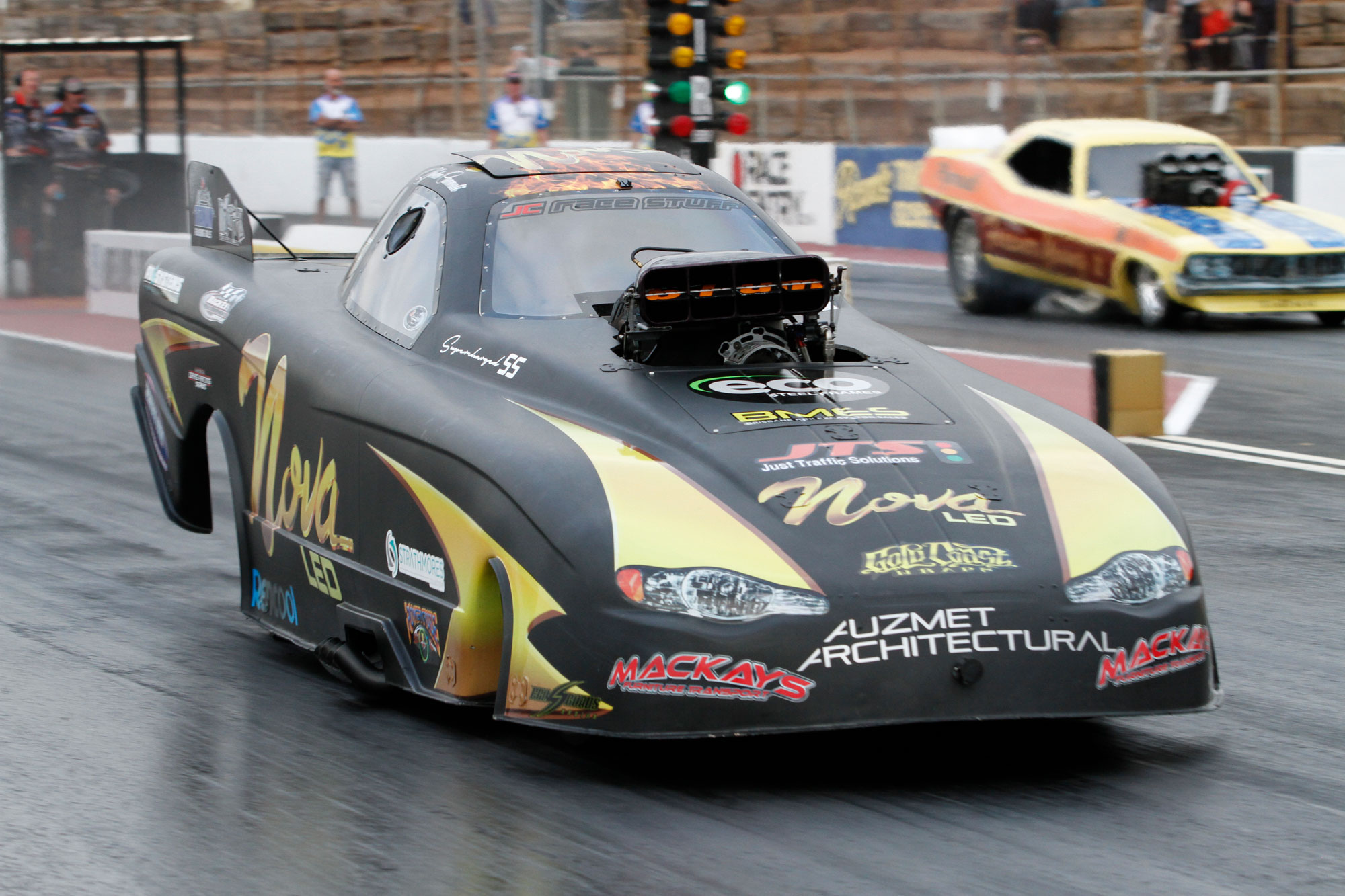 In Top Alcohol, the field of six cars became four when Jason Maggs did some damage the previous night in his Speedflow small block dragster, and Cameron Ambesi also had problems and pulled out.

Round 1 saw the two Funny Cars of Craig Russo and Wayne Talbot come out to battle. On the green, the popular nostalgic “Forever Young” Cuda was out first taking the win in 5.19 seconds to a 5.26 from Russo.

Next pairing was a repeat of the Australian Nationals final between John Cannuli in his Nova Led Funny Car and the Altered of Brian Lockman. Unfortunately for Lockman, the engine was wounded so the plan was and no burnout and straight to the line. On the green, the Altered went no further, while Cannuli launched and cruised on to take the win.

Top Doorslammer eliminations opened with Ben Bray in his Gulf Western Oil Corvette taking on Rob “Mad Professor” Taylor’s new Camaro. Bray Jnr left first with a 0.83 reaction but threw a blower belt about 400 feet and could only watch as Taylor took an upset win in 5.24 seconds.

Then we moved into Victor Bray and Paul Cannuli in the Metro Waste Mini Bins Duster. The ‘57 Chev of Bray took the win in 5.24 seconds while Cannuli found himself out of the groove, and buttoned off to a 6.60 ET.

The last run was a solo for the 10 x ANDRA Top Doorslammer champion John Zappia. The Fuchs Holden Monaro went straight down the line with a 4.94 ET at 196 mph.

Time to move into the semi-finals of Top Doorslammer with Bray Snr taking the solo. The Gulf Western Oils Chev entertained the crowd with one of his legendary long smoky burnouts before moving straight into the final with an early shut-off.

Then it was John Zappia facing Rob Taylor. Both cars performed more crowd-pleasing burnouts before moving into stage. On clean greens Taylor threw everything at Zappia, but the champ was too strong and moved into the final with a 4.89 ET to a 5.11 from the “Mad Professor”. 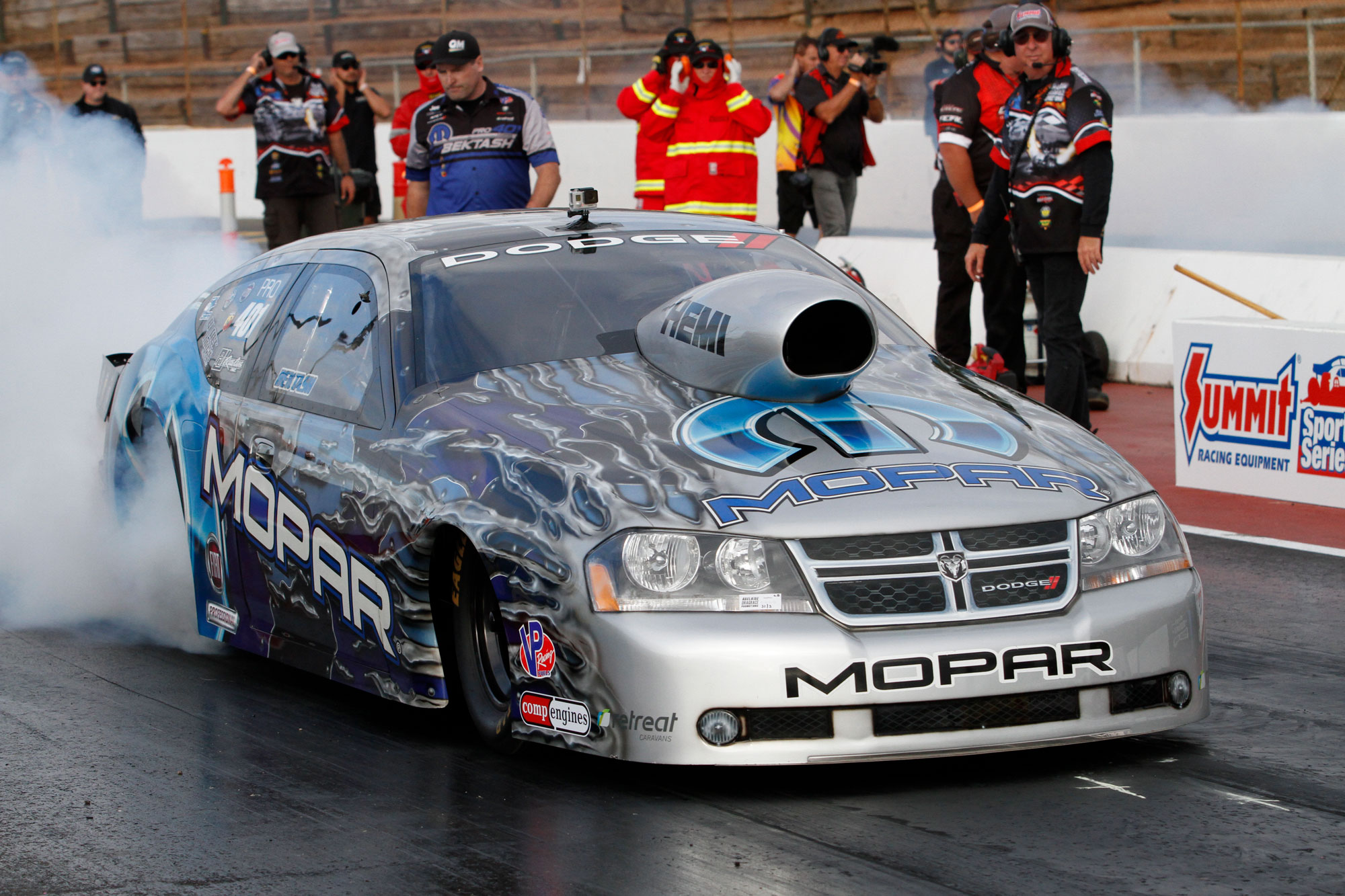 Pro Stock opened up with their scheduled qualifying round with Gerry Parente and WA racer Jodi Racco. On the green, Racco was out first in his Monaro and a 6.01 was no match to a 6.10 from the Camaro. The other pairing was between the Chris Soldatos and current ANDRA champ Lee Bektash. The Mopar Dodge hit the 1000ft stripe first with a 5.886 to a 5.97 from the Pontiac of Soldatos.

For the first round of Pro Stock eliminations, Jodi Racco lined up against No.2 qualifier Chris Soldatos. On the green, the Peter Ridgeway tuned Pontiac of Soldatos was out the gate first and used that advantage to take the win with his 6.15 defeating a quicker 6.07 from Racco.

The next pair saw Bektash taking on Parente. Unfortunately, the parachute fell out of the Camaro during his burnout leaving the Dodge Avenger of Bektash to take a solo win in 5.89 seconds at 156 mph. That win was enough for Bektash to wrap up the 2016/17 ANDRA Pro Stock championships for the second year in a row.

It was ANDRA Drag Racing Series finals time saw Pro Stock out first with Bektash taking on Soldatos. The fans witnessed a classic burn down at the tree. The pre-stage lights were on but neither driver was in a hurry to turn on the second bulb. Bektash went in first and took the win with a strong 5.83 ET.

This was a huge weekend for the likeable and very funny racer. Making his final ANDRA and A.I.R appearance, Bektash was in dominating form taking home a win, a championship and resetting both ends of the Pro Stock 1000 feet records.

The Top Doorslammer final was a classic with six-time champ Victor Bray taking on 10 x champ John Zappia, both legends of ANDRA Top Doorslammer racing. The ’57 Chev of Bray put up a good fight however it wasn’t enough with Zappia taking the win in 4.86 seconds at 200 mph in his Fuchs Monaro to a 5.13/193 from the Gulf Western Oil’s ‘57 Chev!

Our final ANDRA Drag Racing Series run of the 2016/17 season was Top Alcohol between Wayne Talbot in his Plymouth Cuda taking on the quickest Top Alcohol alky Funny Car driver on the planet.

Just as the pair moving into stage, Talbot put both lights on. As Cannuli moved in Talbot suddenly took off before the green. This automatically disqualified the “Forever Young” Funny Car, handing Cannuli not only the win but also nailing his second ANDRA Top Alcohol Championship. 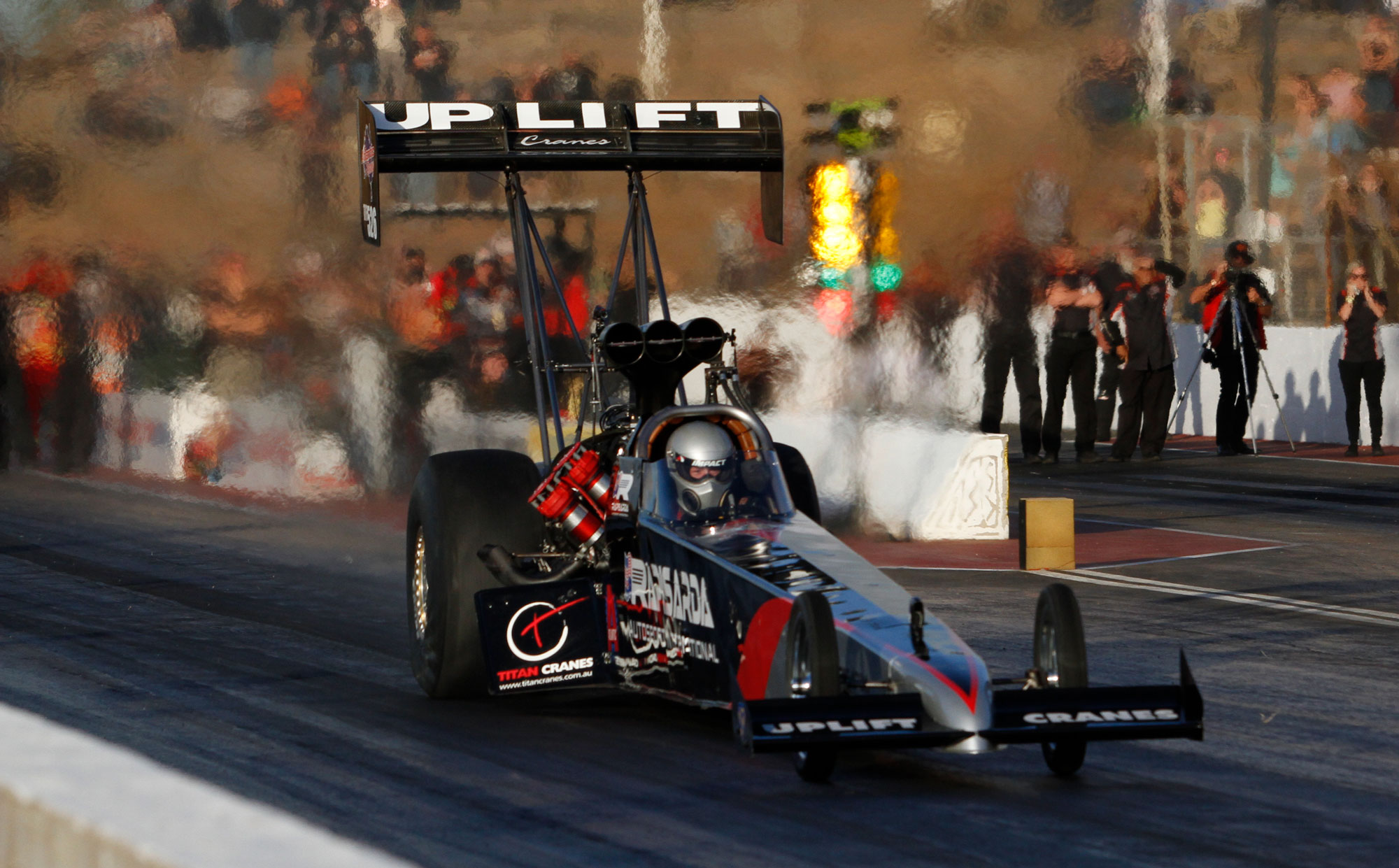 One of the big drawcards for the Summit Racing Equipment Grand Finals was the appearance of two Rapisarda Autosports International Top Fuel dragsters giving the South Australian fans some nitro-burning excitement.

Both Wayne Newby and Damian Harris provided plenty of noise, smoke and horsepower for an experience the crowd would not forget in a long time.

Overall the pair made three side-by-side runs over the two-days and were bracket like in their performance, running side-by-side low 4-second ET’s at 240 mph over 1000 feet. And the crowd went wild!