BRODIE ZAPPIA BREAKS THROUGH FOR MAIDEN TREE IN ALICE SPRINGS

BRODIE ZAPPIA BREAKS THROUGH FOR MAIDEN TREE IN ALICE SPRINGS 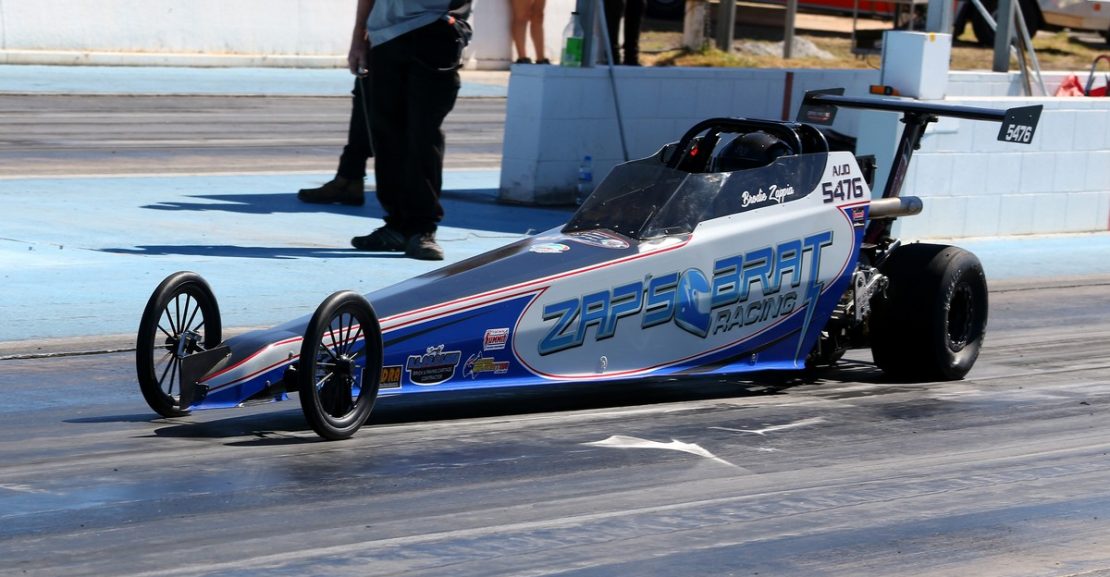 Brodie Zappia has broken through to claim his first ever ANDRA Christmas Tree trophy on the weekend, claiming the Summit Racing Equipment Junior Dragster win over Sarah Donnelly at the Desert Nationals.

“We came into the weekend with a car that I had only raced twice before and with a new set-up. We had no idea of how it would run, so we went out to the first two passes with a bit of a soft tune, before making some changes and going all out for the next three qualifiers to end up second qualifier overall,” said the West Aussie youngster who will turn 14 later this month.

“In eliminations, I had Tommy Turic in first round and it was a close race with just seven hundredths in it at the finish line.”

“I then had a bye in second round to get me into the semis. George Limperis unfortunately stalled in the burnout box in the semi finals, so I had a solo before going into the final against Sarah Donnelly, where she red lit and I took the win.”

The win is a special one for the nephew of drag racing legend John Zappia.

“I have been lucky enough to travel and race at the national meetings around Australia, and this was our sixth visit to the Desert Nationals.

“I really enjoy going to the smaller regional tracks as the atmosphere is great, the competitors are all really friendly and the track staff are very welcoming. I’ve made some really good friends at these tracks too. The extra points are a bonus also!

“I have always had the ANDRA Christmas Tree at the top of my list of things I wanted to achieve, and to get it now, at the start of my A/JD career, means quite a bit.

“I have been trying for a while, and have been in three national points round finals prior to this meeting, but this time I’ve been victorious,” he said, while thanking his Mum and Dad, John Zappia of Zappia Racing, Scruffy of BL&SG Lake, ACS Computers and his Grandpop Green for their support.

Round two of the 2019/2020 Summit Racing Equipment Sportsman Series, the NT Nationals, will be held at Darwin’s Hidden Valley Drag Strip this weekend (August 9 and 10). For more information, visit www.hiddenvalleydrags.com.au or www.andra.com.au