Australian Nationals return to Calder Park in a big way

Australian Nationals return to Calder Park in a big way 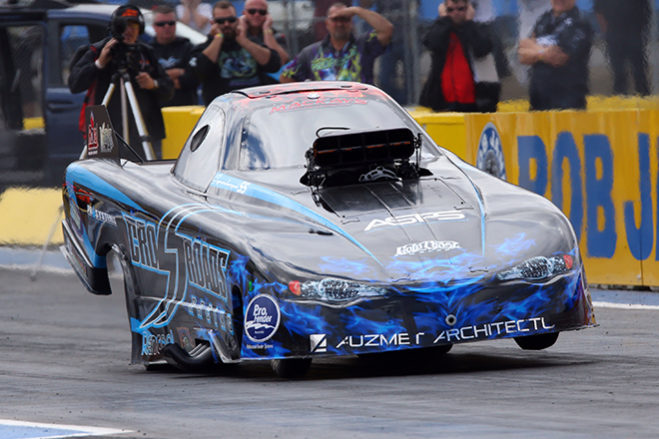 The first Australian Nationals to be held at Calder Park Raceway in 15 years was a roaring success with two days of big crowds, great racing and giant performances.…

The first Australian Nationals to be held at Calder Park Raceway in 15 years was a roaring success with two days of big crowds, great racing and giant performances.

It was also the first Group 1 drag racing action at Calder Park since 2014 as the ANDRA Drag Racing Series came to town to put on a show for race-starved Melbourne fans.

Runner up at Hidden Valley earlier in the season, Cannuli won his first ever Gold Tree event top qualifying and finishing the job in the final against Gary Busch.

Both Cannuli and Busch left the start line with near identical reaction times but points leader Cannuli went on to record the quickest Top Alcohol pass of the weekend with a 5.626 elapsed time at 253.42 mph to a slowing Busch on an 8.072 at 111.58 mph.

“These are few and far between, we’re going to cherish this one – this is our first Nationals event win and we got another track record,” said Cannuli.

“Mate, any win is a win. We’ve been chasing this race track all weekend but we made it right and got it right for the final and I’m going to take this trophy home – there’s going to be a lot of Corona drinking tonight.” 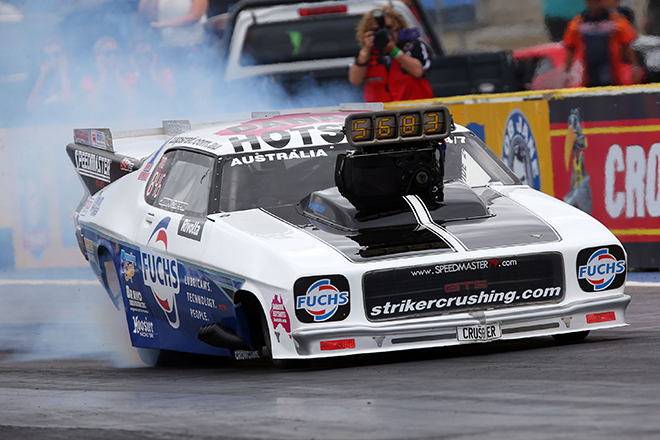 John Zappia won his first event at Calder Park since the iconic 1995 Nationals final when he “mowed the grass” and took the first ever Top Doorslammer victory at the Australian Nationals.

“After last night running a 6.10, running all over the track and a 6.07 it was pretty scary stuff,” said Zappia

“They prepped the track a bit more today and we went away, did our homework, detuned the car a little bit and we just got the Fuchs Monaro to go down the track without having to pedal.

Zappia defeated Mark Belleri in Round 1 on a 5.749, the quickest ever Top Doorslammer pass at Calder Park, before a victory over rival Grant O’Rourke in the semi finals. 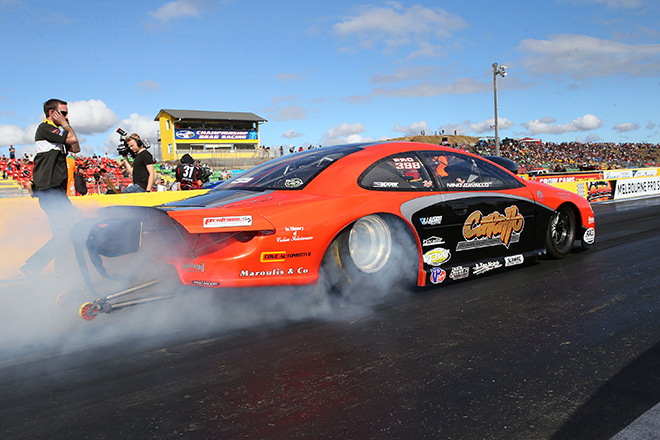 The 11-car field in Pro Stock put on a show all weekend and although the ET’s weren’t as quick as elsewhere the racing was tight and close.

Bill Perdikaris walked away from a wild flip in Round 1 against Lee Bektash that drew gasps from the large crowd on hand but he was cleared by medical staff on site and given the okay.

In the final Nino Cavallo defeated Aaron Tremayne who experienced clutch problems at the start line resulting in a -.163 red light handing the win to the Victorian on a 7.116 ET at 177.35 mph.

“Home track, fans, family, they’ve all come to watch and it’s the best feeling ever, I couldn’t be more happy. I think everyone is going to be pretty happy, for sure.”

Cavallo accounted for Jason Grima in the first round and then Tyronne Tremayne who also red lit in the semi finals. 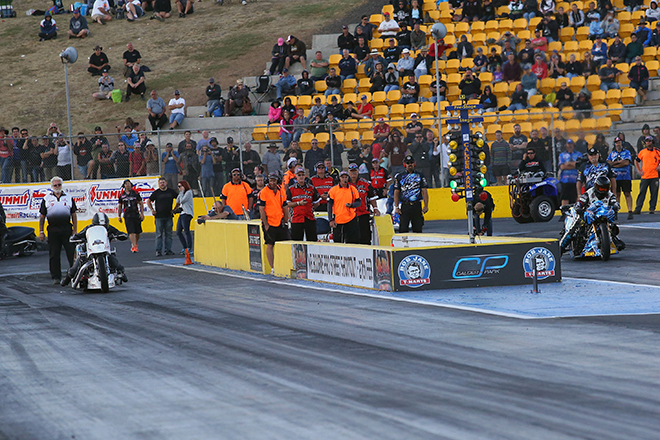 In the semi final Matheson defeated Phil Parker to advance to the final while Porter knocked out Graeme Morell. 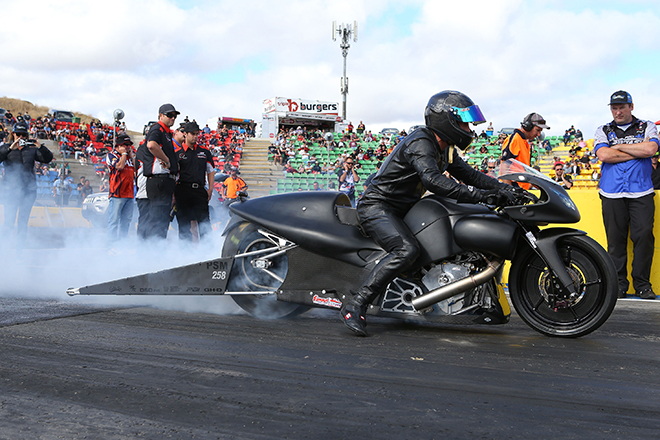 Corey Buttigieg survived a scary ride in his Pro Stock Motorcycle semi final when his back tyre tore off the bead sending him on a wild slide into the braking area.

Somehow he managed to keep the Harley Buell upright despite the bike weaving from side to side on a superb ride into the final to face Locky Ireland.

Down to one cylinder after the damage sustained in the semi, Buttigieg cruised to the win on a slow 13.026-second pass when Ireland heartbreakingly broke down at the line.

Buttigieg eliminated Ryan Learmonth in Round 1 on a clean pass when Learmonth launched and broke down shortly after twisting the throttle. 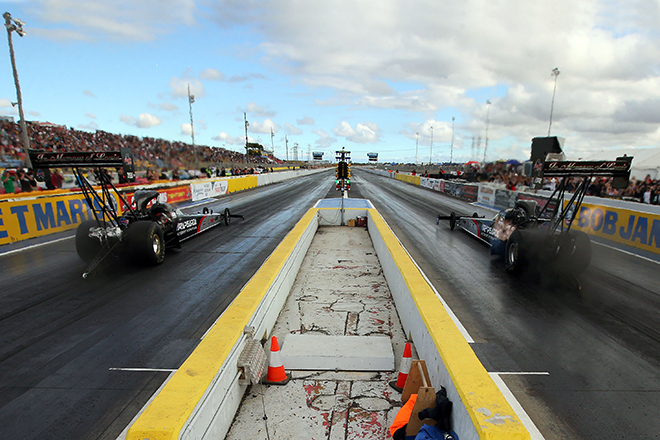 While the ANDRA Drag Racing Series provided thrills and spills, many in the crowd came to see Rapisarda Autosport International make a pair of passes instantly igniting the fans with four second passes.

The Melbourne faithful, experiencing Top Fuel for the first time since 2013, made their appreciation known cheering loudly after each run to send a message they want to see a Championship Top Fuel round at Calder as soon as possible.

The next round of the ANDRA Drag Racing Series returns back to Calder Park March 12-13.