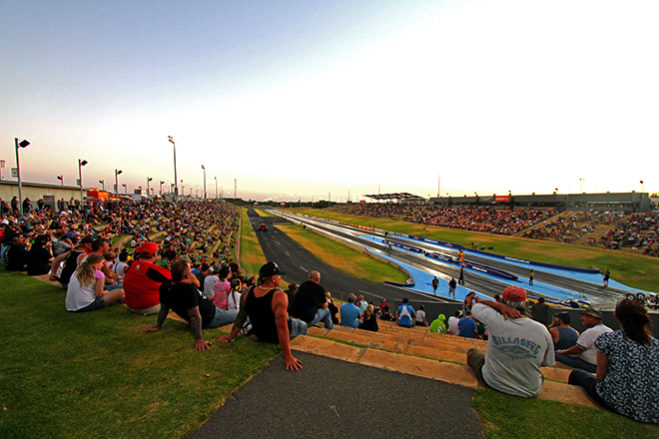 In a statement issued today, VenuesWest has announced ANDRA as the preferred respondent to be the sanctioning body for drag racing at Perth Motorplex.…

In a statement issued today, VenuesWest has announced ANDRA as the preferred respondent to be the sanctioning body for drag racing at Perth Motorplex.

The news is a further boost to ANDRA members hot on the heels of the announcement earlier this week regarding racing at Adelaide International Raceway.

In the statement, VenuesWest CEO David Etherton said driver, spectator and staff safety were at the forefront of the decision. Sanctioning bodies play an important role in establishing and overseeing the rules with which a race or event must comply.

“The tender evaluation panel noted that ANDRA’s demonstrated experience and approach to resourcing sanctioning services, drag racing rules, regulations and support, and services to competitors made it the clear choice for Perth Motorplex.”

ANDRA has a long and established history in providing sanctioning services at the Perth Motorplex and was the sole provider for a 15 year period until December 2015. The International Hot Rod Association (IHRA) was approved as an alternate sanctioning body for drag racing events late last year when the previous operator, Kwinana Motorplex Pty Ltd, sought alternative arrangements for selected events.

“With the recent appointment of Shane Walsh to the new role of General Manager for Perth Motorplex and this key development in the sanctioning body process, we can move forward with delivering a high quality season of drag racing, burnouts and speedway racing at the venue,” Mr Etherton said.

“We are hopeful we can swiftly do a deal with ANDRA to finalise the tender process. VenuesWest will work with ANDRA to determine how alternatively-licensed drivers will be transitioned to an ANDRA licence and transitioned into events sanctioned by ANDRA.”

ANDRA thanks VenuesWest for the opportunity and looks forward to a close working relationship as we provide drag racing sanctioning at the world class Perth Motorplex.

VenuesWest is Western Australia’s provider of premier sports, recreation and entertainment venues and its portfolio includes the world class Perth Arena and the redeveloped nib Stadium as well as Perth Stadium to be completed in 2018.