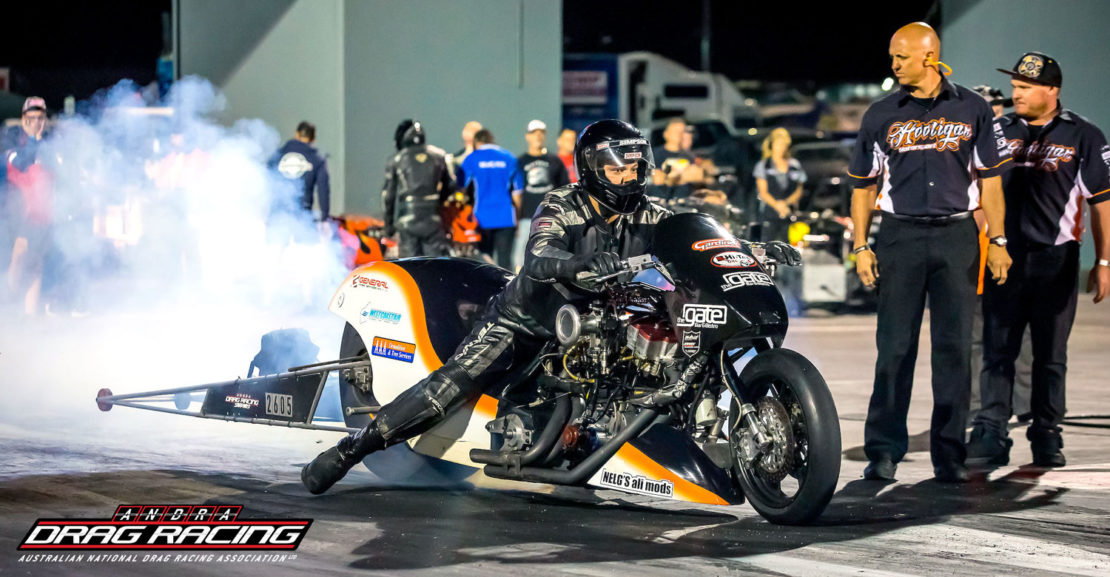 With only two Group 1 events left on the Australian National Drag Racing Championship calendar, racers are moving into top gear as they seek to gain as many points as they can prior to the season finale – Summit Racing Equipment Drag Racing Grand Finals – at Adelaide International Raceway on M…

With only two Group 1 events left on the Australian National Drag Racing Championship calendar, racers are moving into top gear as they seek to gain as many points as they can prior to the season finale - Summit Racing Equipment Drag Racing Grand Finals – at Adelaide International Raceway on March 31st and April 1st.

For Top Alcohol this will be their second opportunity to earn points. It was at the Australian Nationals at Calder Park in January we saw current ANDRA Champion John Cannuli dominate the field in his new Nova Led sponsored Funny Car. The Queenslander defeated Brian Lockman in the final, and picked up bonus points for setting Low ET and Top Speed.

Cannuli leads the championship with 118 while Lockman sits in second place on 87 points. The Westernationals will provide Cannuli plenty of competition in the form of Scott Maclean, Craig Clasby, Adam Marchant, Aaron Deery and more.

Top Doorslammer has been the busiest of the ANDRA Drag Racing Series categories. The championship started in July 2016 at Hidden Valley Raceway where Queenslander Gary Phillips took the win in his Lucas Oil Studebaker. Since then nine-time ANDRA champ John Zappia and his mighty Fuchs Holden Monaro have dominated with three wins and sits on top with 468 points. In second place is Sydney racer Mark Belleri on 298 in the AC Delco Monaro, followed by Grant O’Rourke (227) and his Pontiac Firebird.

The Westernationals has attracted 16 Top Doorslammers, including the first appearance of Victor and Ben Bray in their new Gulf Western Oil colours.

In the excitement plus category of Top Fuel Motorcycle, Damian Muscat has attracted a fair bit of attention since stepping up this year on his nitro-burning Harley-Davidson.

The North Queenslander sits on top of the points with 216 points. His bike has shown it’s competitive nature with mid-six second performances over the quarter-mile. Muscat has the potential to be a championship contender.

His nearest rival is two-time ANDRA champ Mark Drew on 167 points, who also happens to be the current ANDRA TFM/Twin record holder.

The Westernationals will see a number of bikes, including Goldenstates winner Benny Stevens (pictured), three-time champ Jay Upton, and current ANDRA Top Fuel Motorcycle Champ Chris Porter adding to the nitro party. The three round format means riders need to be on their game from the get go.

The prestigious 46th Westernationals is a must attend event for all motorsport fans. Get tickets for both days because you don’t want to miss a second of the action!