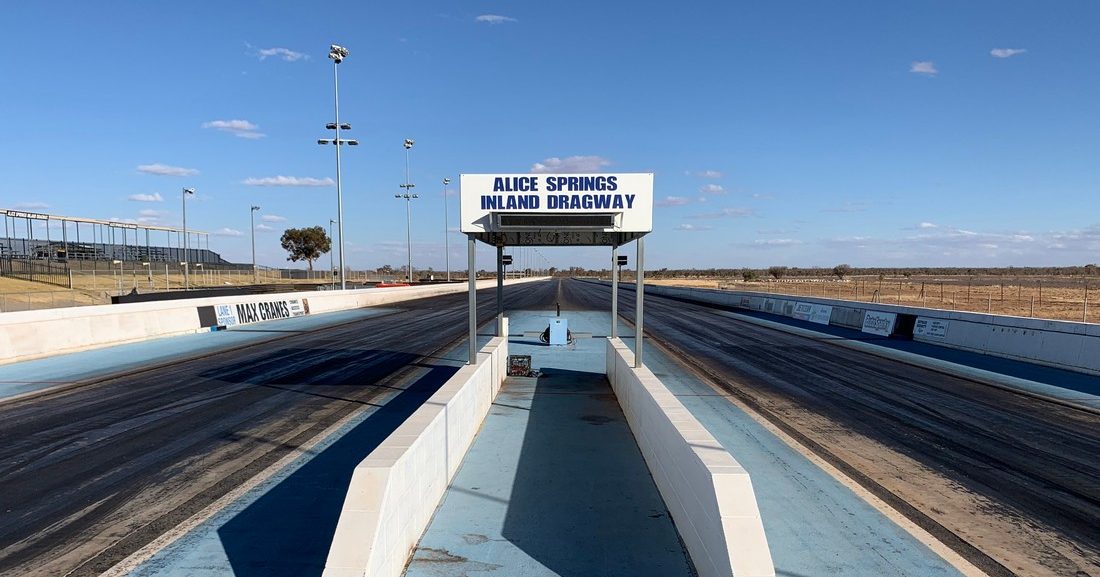 Alice Springs Inland Dragway (ASID) has been bringing plenty of drag racing entertainment to Central Australia since 2008, when it was made possible by the dedicated efforts of local volunteers and businesses.

The development of ASID allowed CADRA to move to a permanent purpose-built facility following many years racing on a temporary track set up on a runway at the Alice Springs Airport.

“CADRA volunteers and members of the public petitioned the NT Government for 13 years for assistance to build a permanent strip,” CADRA President, Andrew Cole, said.

“A $850,000 NT Government grant was finally secured but it wasn’t enough to build the quarter-mile drag strip we desired. Therefore, without the dedication of racers, businesses and private citizens who made donations of cash, materials and labour, the track we all know and love now would simply not have been possible.”

Today, ASID features a quarter-mile racing surface followed by 650 metres of braking area, with barrier walls extending the entire length of the strip. Permanent LED lighting allows races to be held across the quarter-mile day and night to the delight of spectators, who can watch all the racing unfold from the spectator hill and other viewing areas.

The track also boasts a burnout pad which has set the benchmark when it comes to burnout pad safety nationally. The pad has been officially named ‘The Hard Ass Burnout Pad’ in honour of Dave Harders, a dedicated CADRA supporter who passed away following a battle with cancer in 2012 and whose family’s donation made the building of the pad possible.

Further developments are also in the works, with a new control tower incorporating club rooms, media rooms and VIP rooms currently planned thanks to a $1.6 million grant from the local government body. The contract for this build is currently out for tender with CADRA hoping to have the build completed in time for next year’s season.

Marquee events for ASID and CADRA include the Desert Nationals, the NT Titles and the Red CentreNATS.

“CADRA would like to thank the Northern Territory Government and MotorSports NT for their ongoing support of these events, which in turn supports our club and the township of Alice Springs as a whole,” Andrew said.

“We are also incredibly grateful for the support of our track sponsors, including Morton Bros Contracting and AutoSparky who have just signed on as our lane sponsors for the coming year as well as Spot Mobile, Mamas Kitchen and Pizzeria, Jetcor, Territory Wrecking, Greg Connor Racing, Central Motors, Bendigo Bank, Kennards Hire, Principal Products, Central Australian SideLifter Haulage, You Pack It and Spinefex.

“Without the support of all of these parties, CADRA wouldn’t be able to achieve what it does.”

Another hugely popular event for the facility is the Big Al Stainer Memorial, which is held in honour of the late Al Stainer each year.[/vc_column_text] 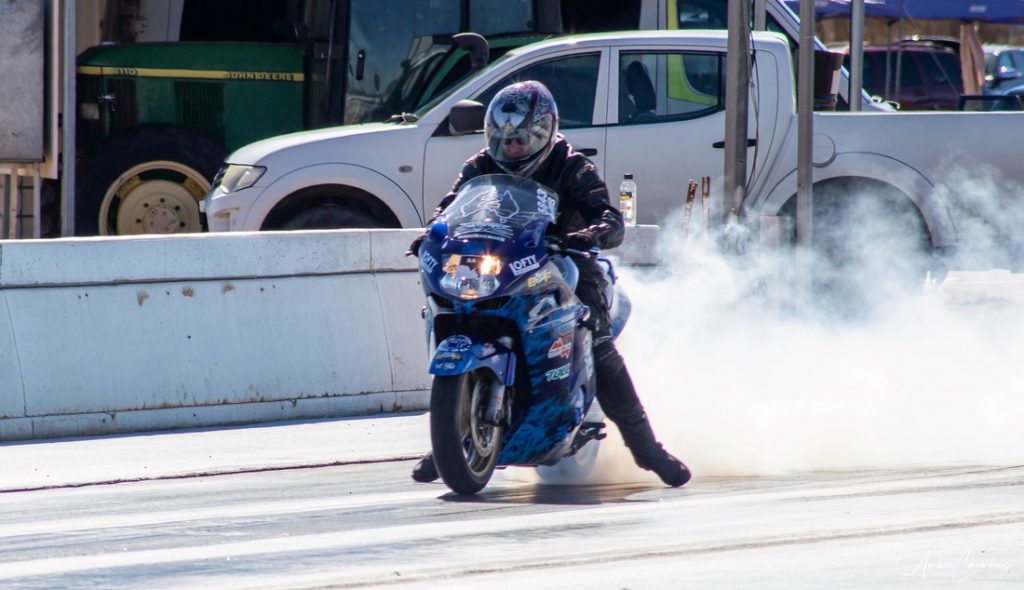 “It takes a very special human being to leave so many people with such a powerful impression that they name an event after them. Al Stainer was one such person. He was one of the driving forces behind the quest for land and funding for a drag strip in Alice Springs and worked tirelessly to make the dream of Alice Springs Inland Dragway a reality,” Andrew explained.

“His commitment to the sport of Drag Racing and to CADRA was second to none. He could always be found at working bees, out seeking sponsorship and generally boosting morale – and always wearing his trademark Top Hat. Thanks to his great efforts, drag racing has a permanent home in Alice Springs and the racers and fans are loving it.

“Sadly, Al passed away in June 2008 before he could see the Official Opening of the track in August of that year. The ‘Big Al Stainer Memorial’ is just one way we are able to ensure this great man will always be remembered as a part of drag racing in Alice Springs.

“The 2020 running of the event, while slightly different to what we have been used to due to the impacts of COVID-19, was another great success and we are very appreciative to everyone who played a part in bringing the event together.”

There is no doubting that ASID is exceptionally important in its community. 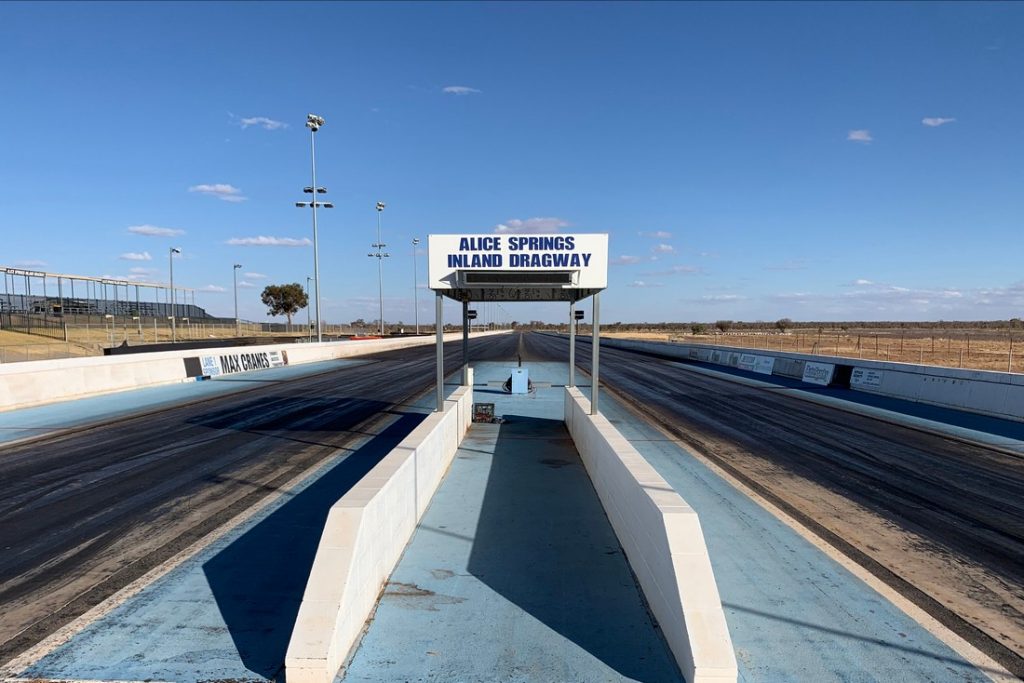 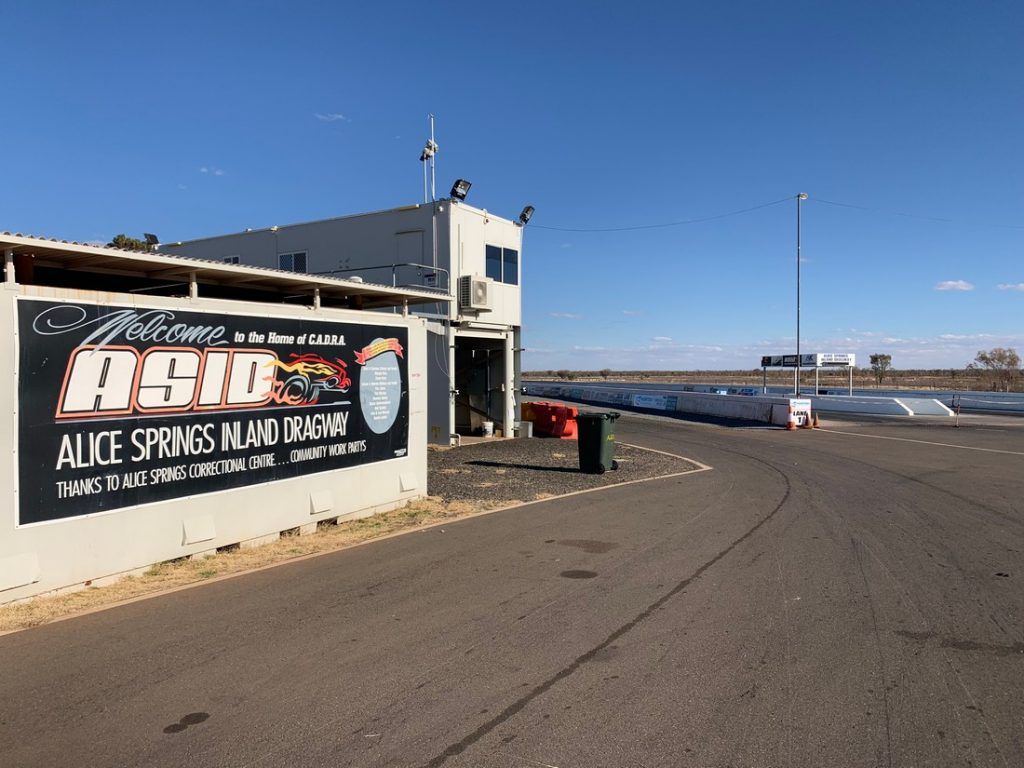 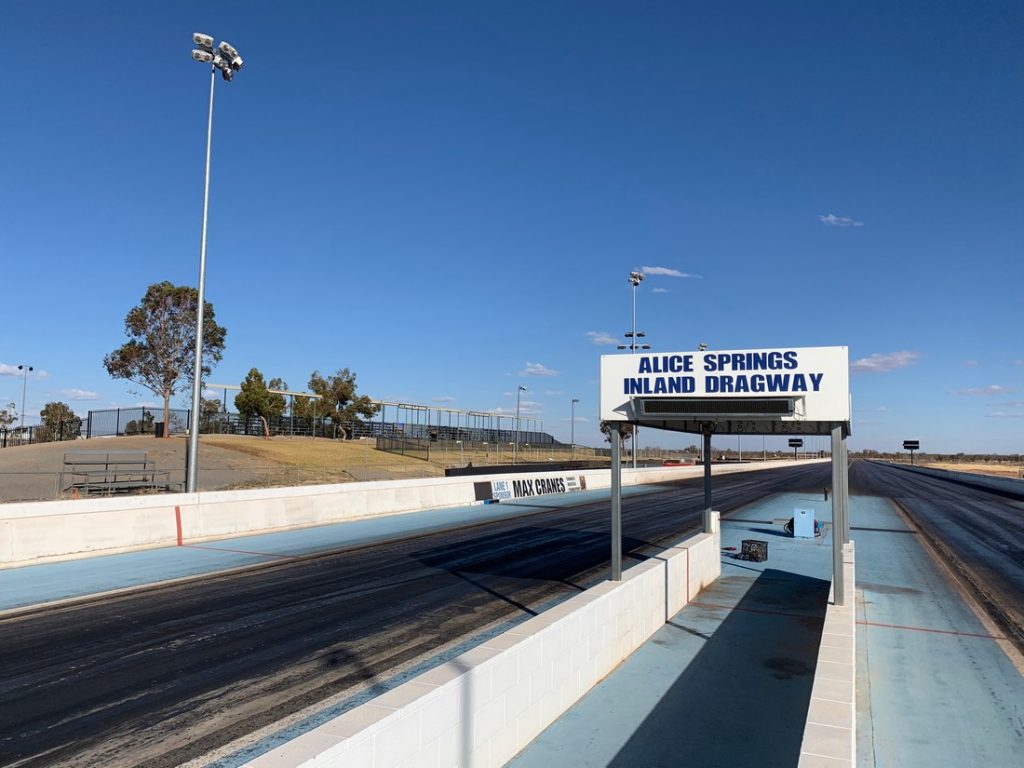 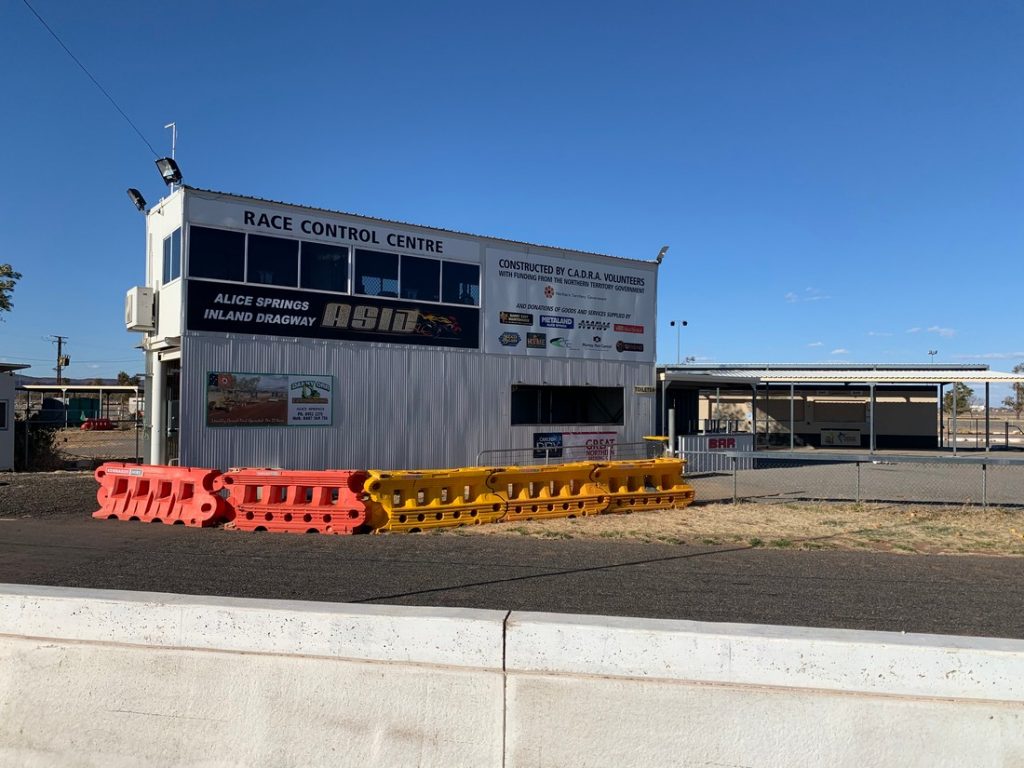 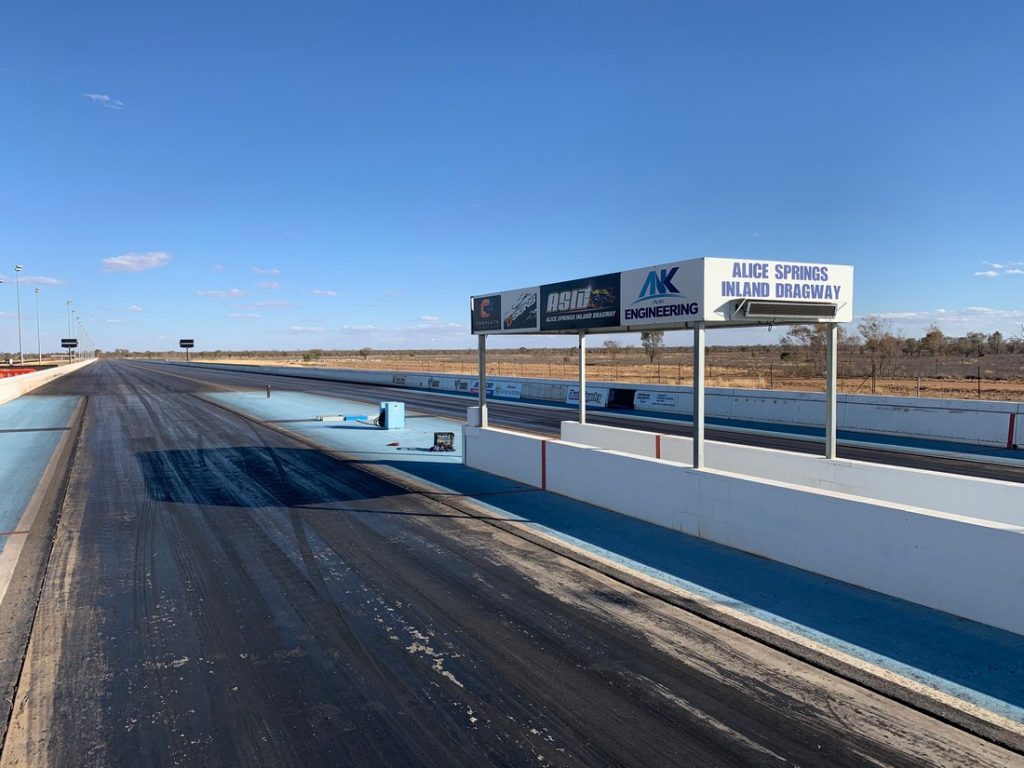 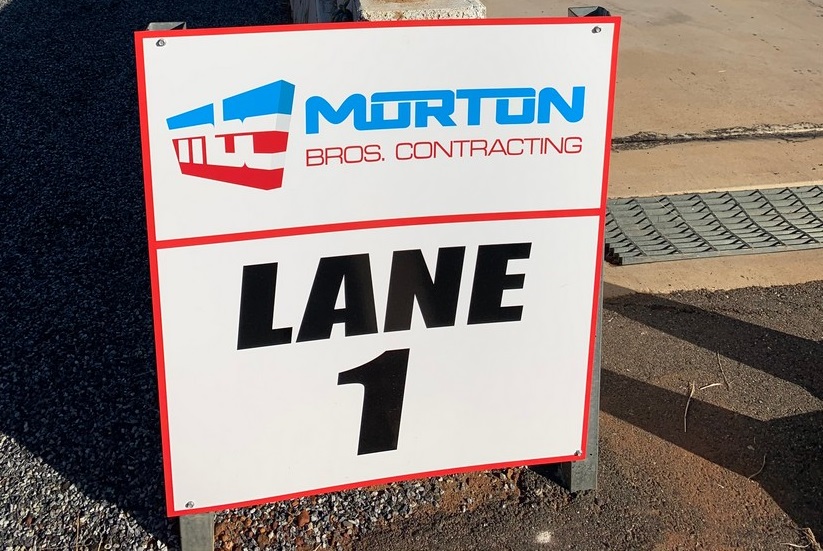 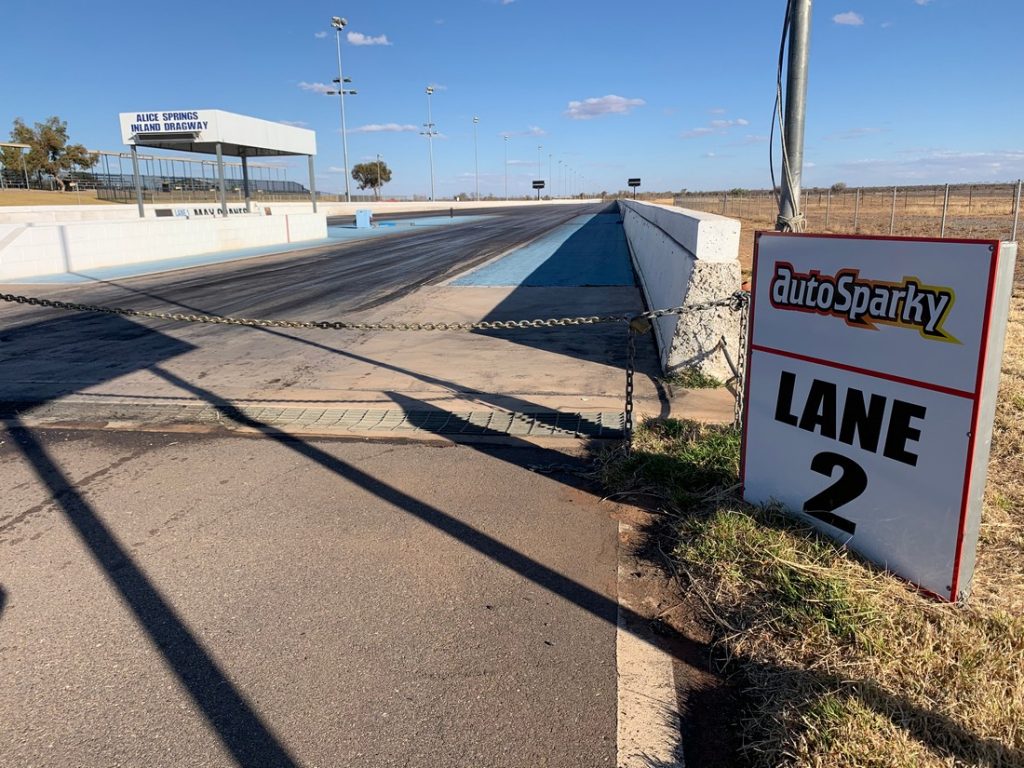 “We cater for a large area; our closest racetrack is Whyalla which is 1300kms away so there is a lot of people in between there and towards Darwin, and even in mid-Queensland that we can cater for. Being a part of things like the Summit Racing Equipment Sportsman Series, NT Titles and Red CentreNATs also sees us drawing people from all over to ASID,” Andrew explained.

“This is good for Alice Springs because with people travelling to race at ASID they are staying and spending money in Alice Springs and that helps to support the community.

“We also feel that our role in helping to keep street racing and burnouts off the street and in a controlled and safe environment is also a very important service that we are pleased to be able to offer to our community.”

With the Big Al Stainer Memorial now complete for 2020, CADRA and its dedicated volunteers are focusing on the next big event on its calendar, September’s Red CentreNATS (scheduled for September 4-6).

“Our entire team is volunteer based, absolutely no one is paid. Everyone does this off their own back, in their own time, contributing not only their time and effort but also often materials and labour to help keep the track running at its best,” Andrew said.

“Without these dedicated people, events like the Big Al Stainer Memorial and Red CentreNATS would simply not be possible.

“Our burnout team in particular is growing very rapidly and the majority of our committee right now is made up of people who have started out in this speciality but who are working hard to pick everything up and learn the ropes so they can help run the drag racing as well as the burnout sessions.

“We are really proud of the crew we have and to also be seeing our club members growing in recent times. While we are certainly very thankful for all of our volunteers’ support, there is always room for more to join our team.

“For instance, many of our volunteers are racers, so come race day they rightfully want to be in their cars or on their bikes racing, so it would be great to have friends and family members of those racers come along and not only cheer them on but also give us a hand by learning the ropes and helping to run the meetings.

“The future of the club and the ASID complex is really up to the members. Right now, of the people that helped build the track, there is about three of us left including me, and we are across every aspect of running meetings.

“As new blood comes into the club, we are passing on the lessons we have learnt and they are taking over running things. We need more people to step up and take on these roles so that the club can continue to grow into the future with the support of new members and new volunteers, so I encourage anyone who has ever thought of volunteering with CADRA to reach out and have a chat about what is possible.”

For more information about ASID, please visit www.cadra.com.au or www.facebook.com/ASID.CADRA